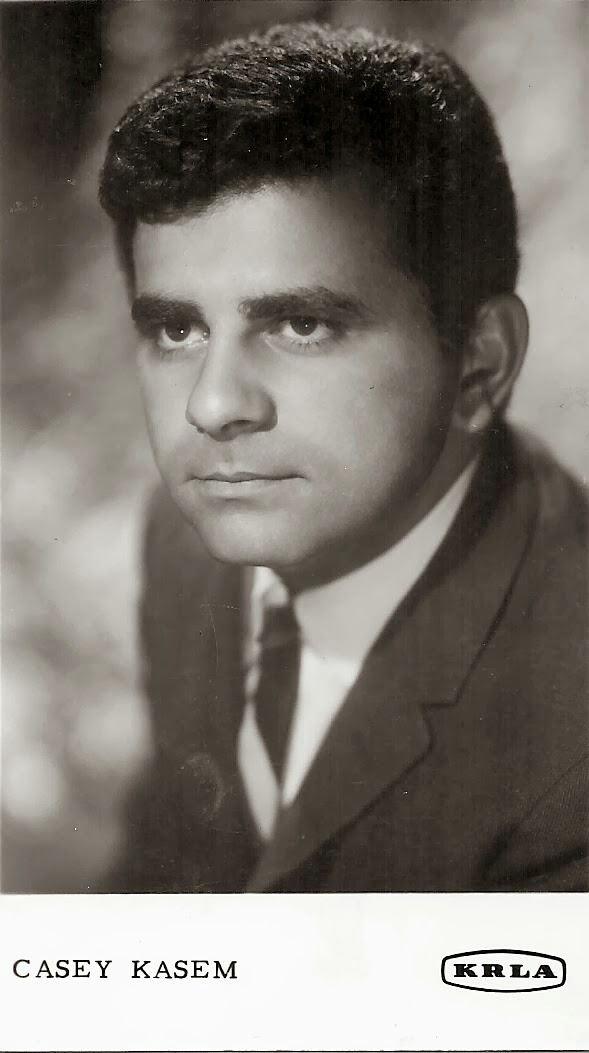 Alison Martino on meeting her favorite DJ – and five unforgettable things about him.

For those who grew up listening to Casey Kasem on American Top 40, learning about his death (on Father’s Day no less) left a huge hole. Kasem’s career lasted more than four decades and he had millions of fans, but for me the loss was also personal. I’m honored to share these five unforgettable facts about the man.

1. Before American Top 40 Casey Kasem started out in 1963 as a local disc jockey on KRLA (1110 AM on your Los Angeles dial). During his early afternoon show he offered biographical information about the artists he played and used teaser questions and trivia to keep his audience hooked during commercial breaks. These techniques foreshadowed what would become one of his signature segments: Long Distance Dedications.

2. In 1964, Kasem released a unique recording: him reading a letter from a listener who wanted to meet the Beatles set to an instrumental cover of “And I Love Her” by the Burbank Strings. It was a minor hit for Kasem. Warner Bros. released the 45, which has since become a novelty item for Beatles collectors.

3. During the ’60s Kasem co-hosted Shebang, a teenage dance show that aired on KTLA. My father, Al Martino, performed his hit song “Spanish Eyes” on the program on January 30, 1967—the same day the Doors made their first TV appearance and performed their hit “Break on Through.” I was born three years too late!

4. Kasem was hired as a voice actor on numerous cartoons and children’s shows. He worked on Sesame Street, Here Comes Peter Cottontail, Transformers, The Batman/Superman Hour, and Josie and the Pussycats, but his most enduring cartoon alter-ego is Norville “Shaggy” Rogers on the still-popular Scooby Doo.

5. I had the great pleasure of interviewing Kasem during my days as a producer on E! Entertainment’s cult series Mysteries & Scandals. The episode focused on the mysterious death of ’60s singer Bobby Fuller. Kasem was a big fan of the Bobby Fuller Four’s 1966 smash hit “I Fought The Law.” I’ll never forget how warm and kind Kasem was to the crew and myself. It was one of the highlights of my life. It’s not every day you get to interview the “voice of America.” I’m blessed that this interview was documented.

The above article was originally published in Los Angeles Magazine