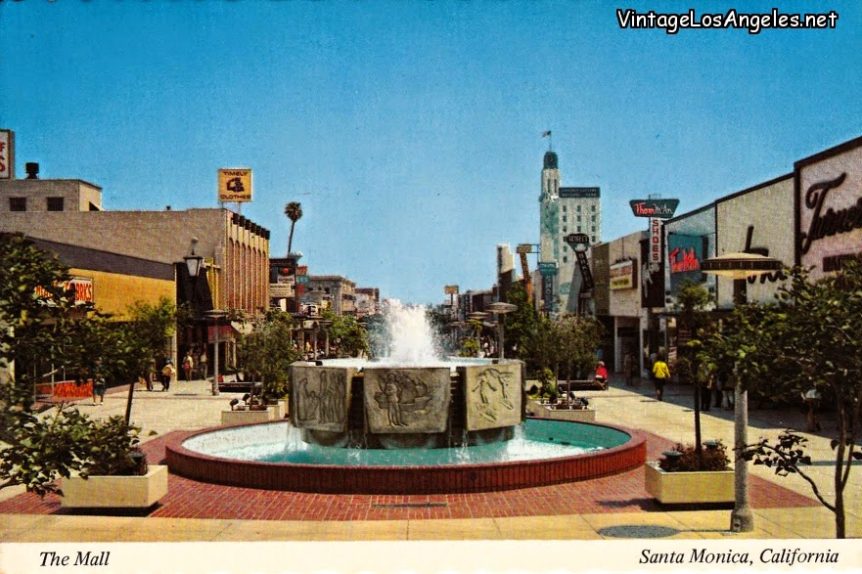 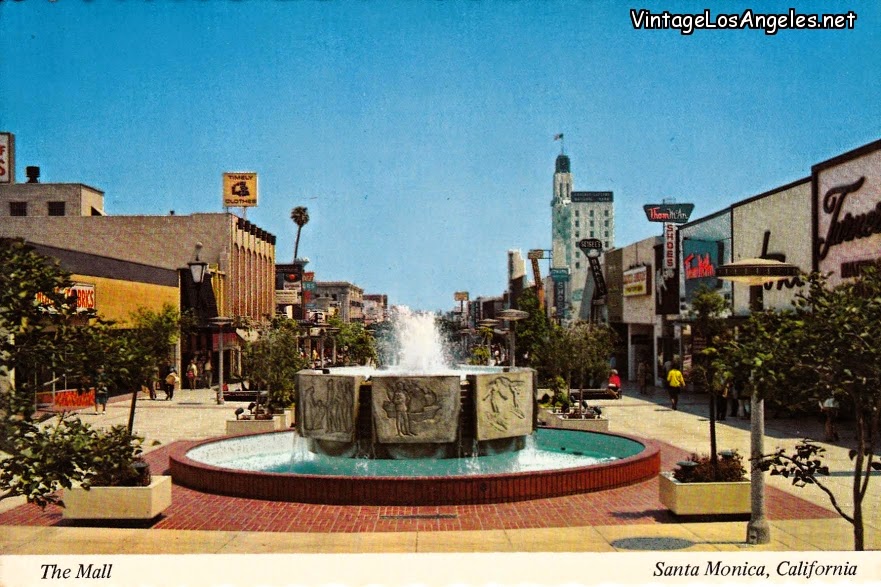 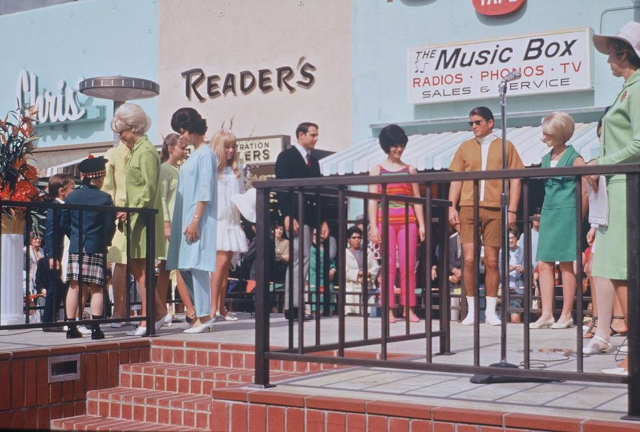 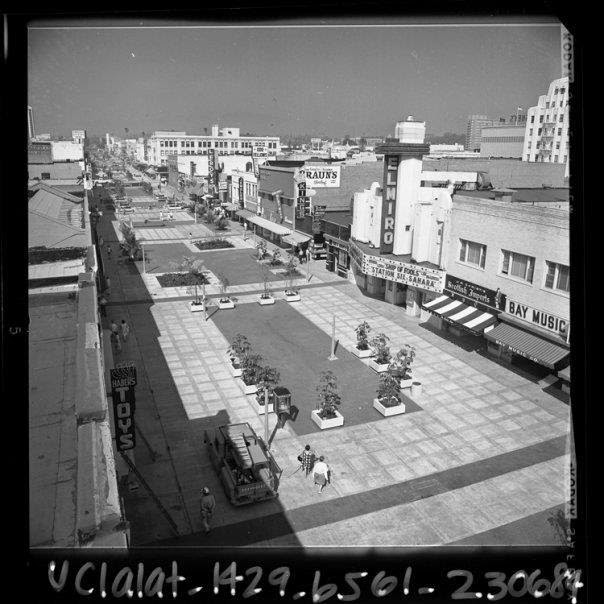 This modernist outdoor space was once home to Sears and Woolworth’s ($11.98 for a pair of Wallaby’s!) plus dozens of mom-and-pop shops, which made it unique. The list of smaller businesses included Kress’, Lerners, Hartman’s, Bartons Candy Store, Leeds”, The Smuggler, The Silver Cup Diner, Nana’s, Texas Records, the Music Box, Apollo Electronics, Out of The Past, Muskrat, The Midnight Bookstore, Bay Music (which sold musical instruments) and Ralph’s market, which later became “Europa,” where my mother purchased the most beautiful lace curtains. 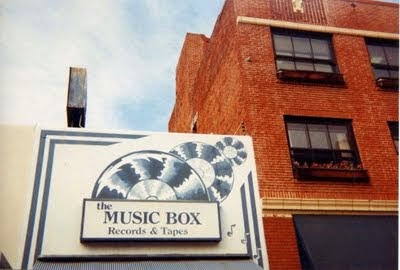 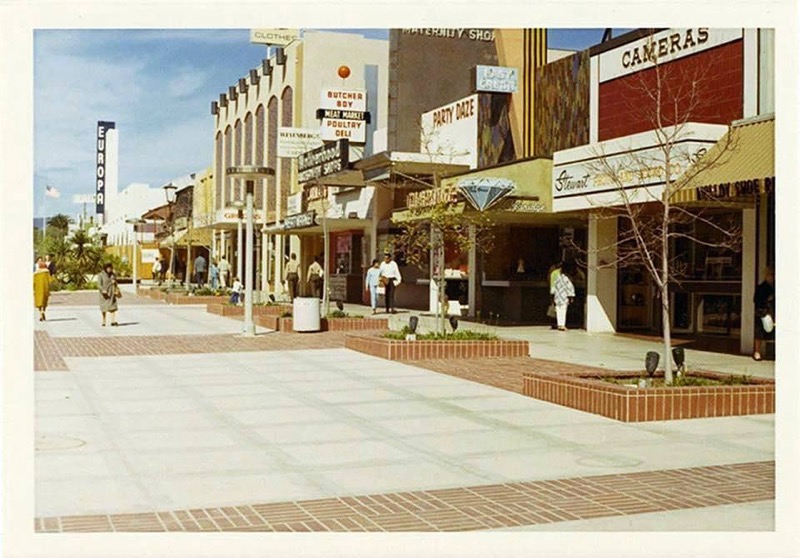 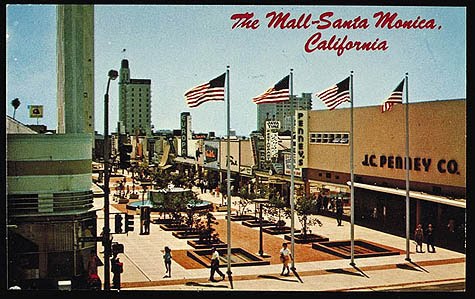 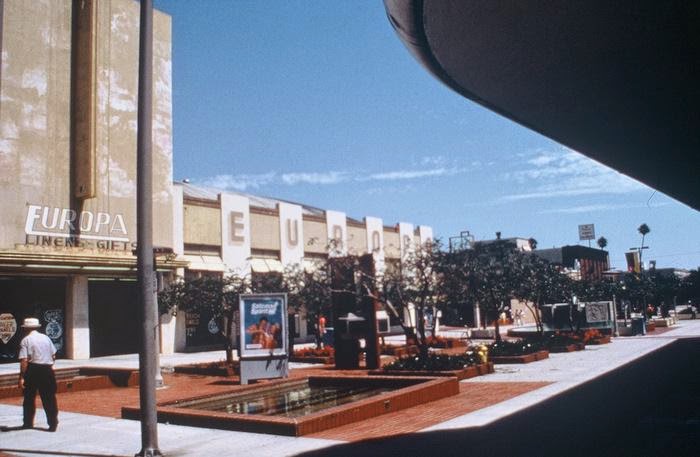 “Europa Linens and Gifts” Photo courtesy of DowntownSantaMonica on Facebook 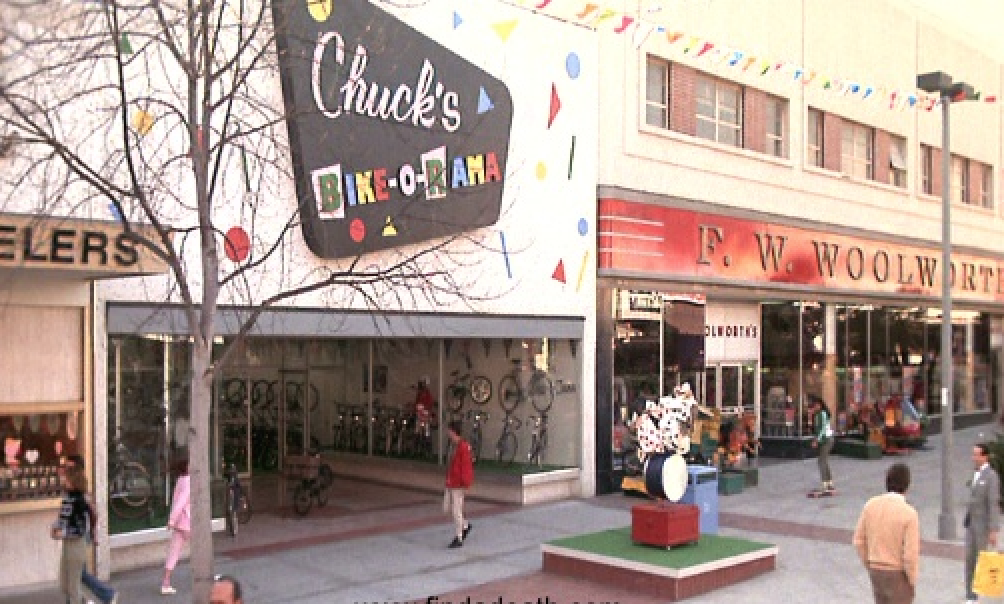 The mall is well preserved on celluloid in the Tim Burton film Pee Wee’s Big Adventure. The bicycle store featured in the movie was actually a real shop called Chuck’s Bike O Rama. Some of you may also remember seeing this real record store in John Hugh’s 1986 film, Pretty In Pink. The Music Box is where John Cryer does his best impersonation of Otis Redding in the flick.

During the ’80s the mall fell on hard times and rapidly became a row of struggling shops and vacant storefronts, something the popularity of Westwood Village may have had something to do with. But since the mall’s massive make over late in that decade, it’s completely turned around. Today as many as 15,000 visitors squeeze every weekend into each block of the narrow strip that stretches from Broadway to Wilshire. Meanwhile, Westwood Village is in need of a comeback itself. (That would be a magical, since most of the original structures are still there.) 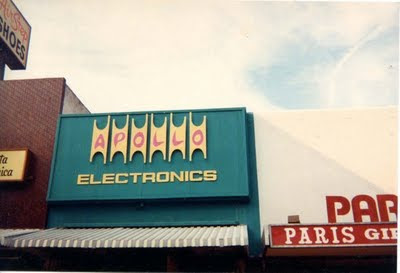 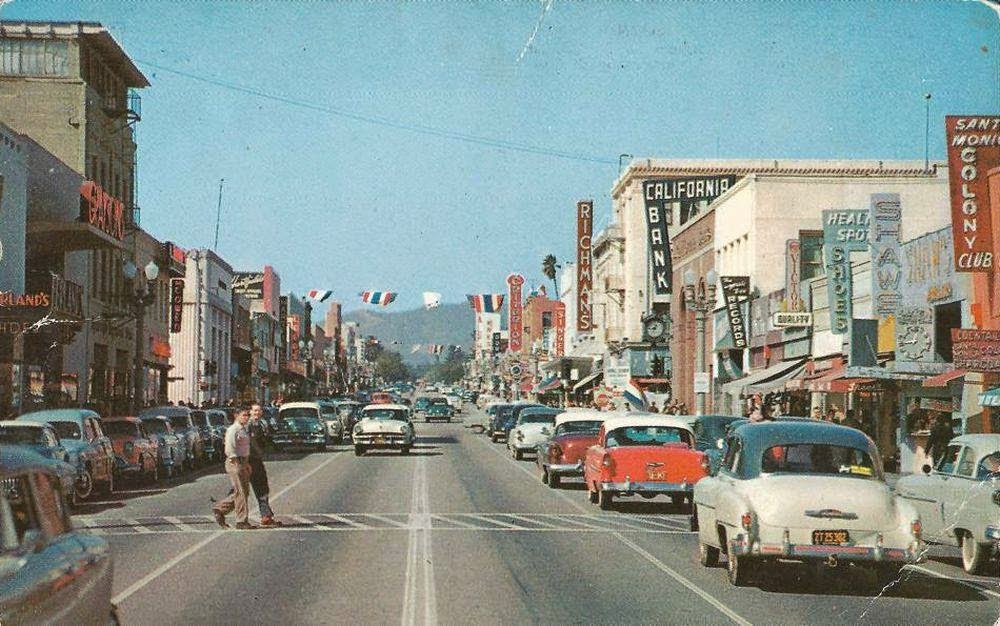 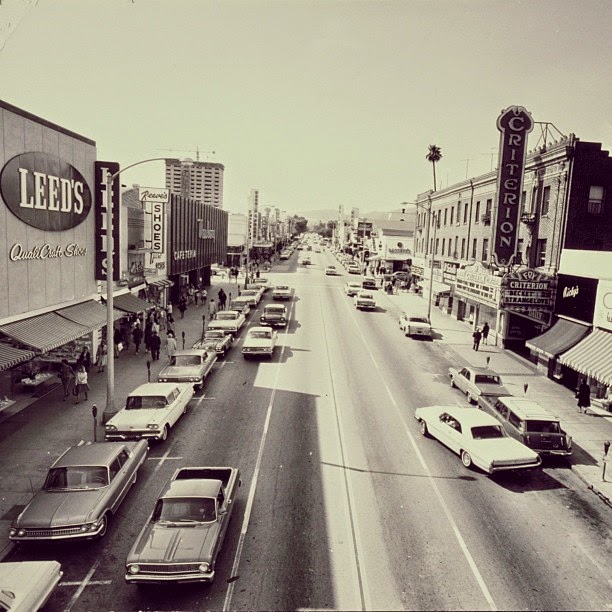 Some of the stores on the Promenade today occupy Art Deco structures from back in the day. Banana Republic, for example, was once J.C. Penny. 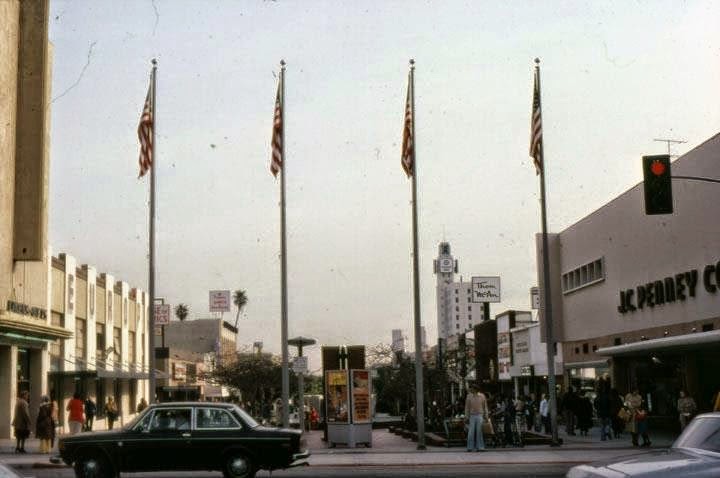 And here’s a photo of the Criterion Theatre in 1949! During the 1940s and ’50s, cars could actually drive through. 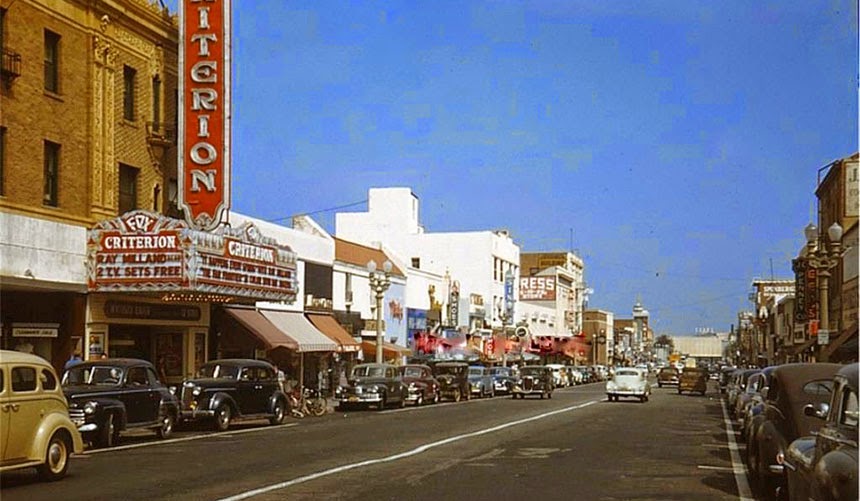 And this one goes WAY back… This is Third Street at Oregon Avenue in 1880, now it is the current home of Third Street Promenade! 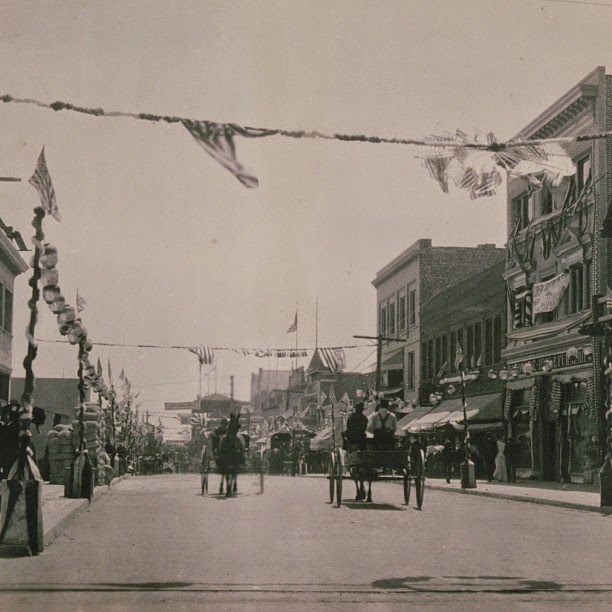 Why am I writing about Third Street Promenade now? Because the outdoor mall has such a dear place in my heart. My favorite childhood treat was an Orange Julius and a burger from Magoos. My mother took me to this J.C. Penny for my back-to-school shopping at Thom McAnn for shoes and Contempo Casuals for the latest trends. When I became older, I was all about the 3 2 1 Club. It’s the end of the year now, and that makes me miss those good old days.

This article was originally published in Los Angeles Magazine