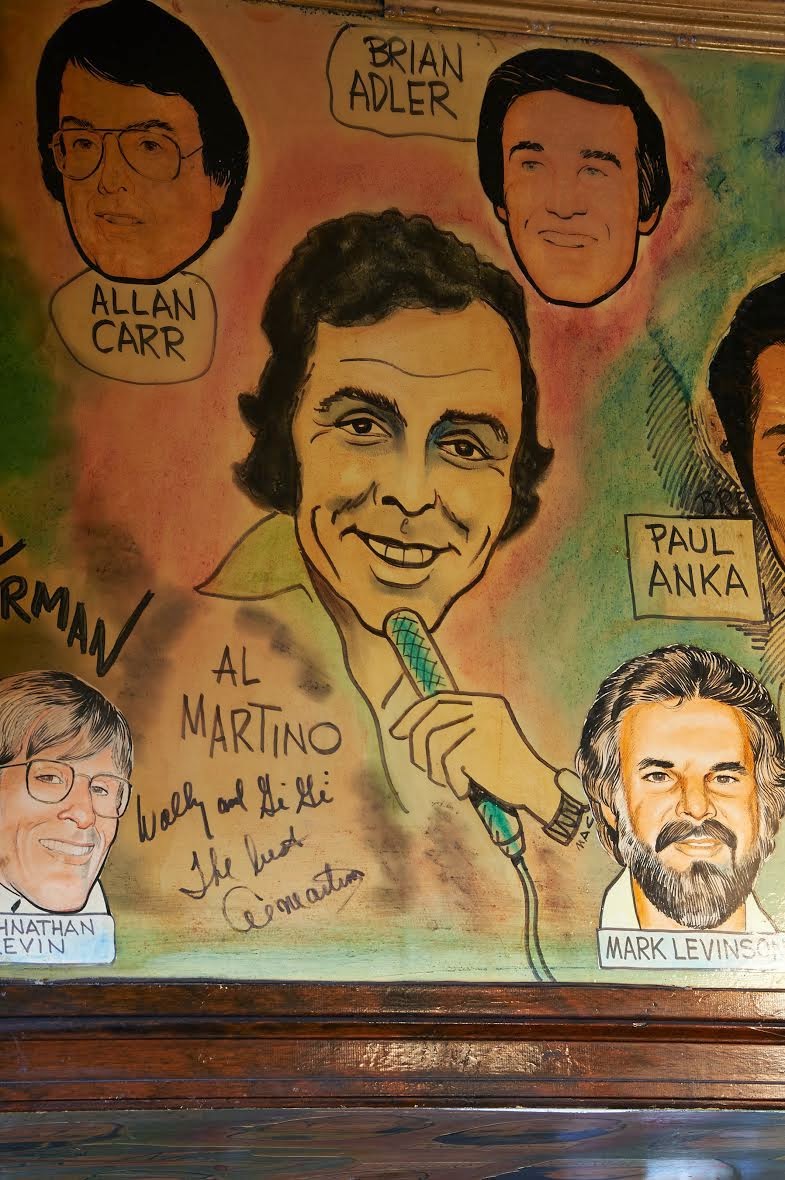 After 40 years in West Hollywood, the Palm is moving to Beverly Hills. The restaurant’s beloved illustrations are not. 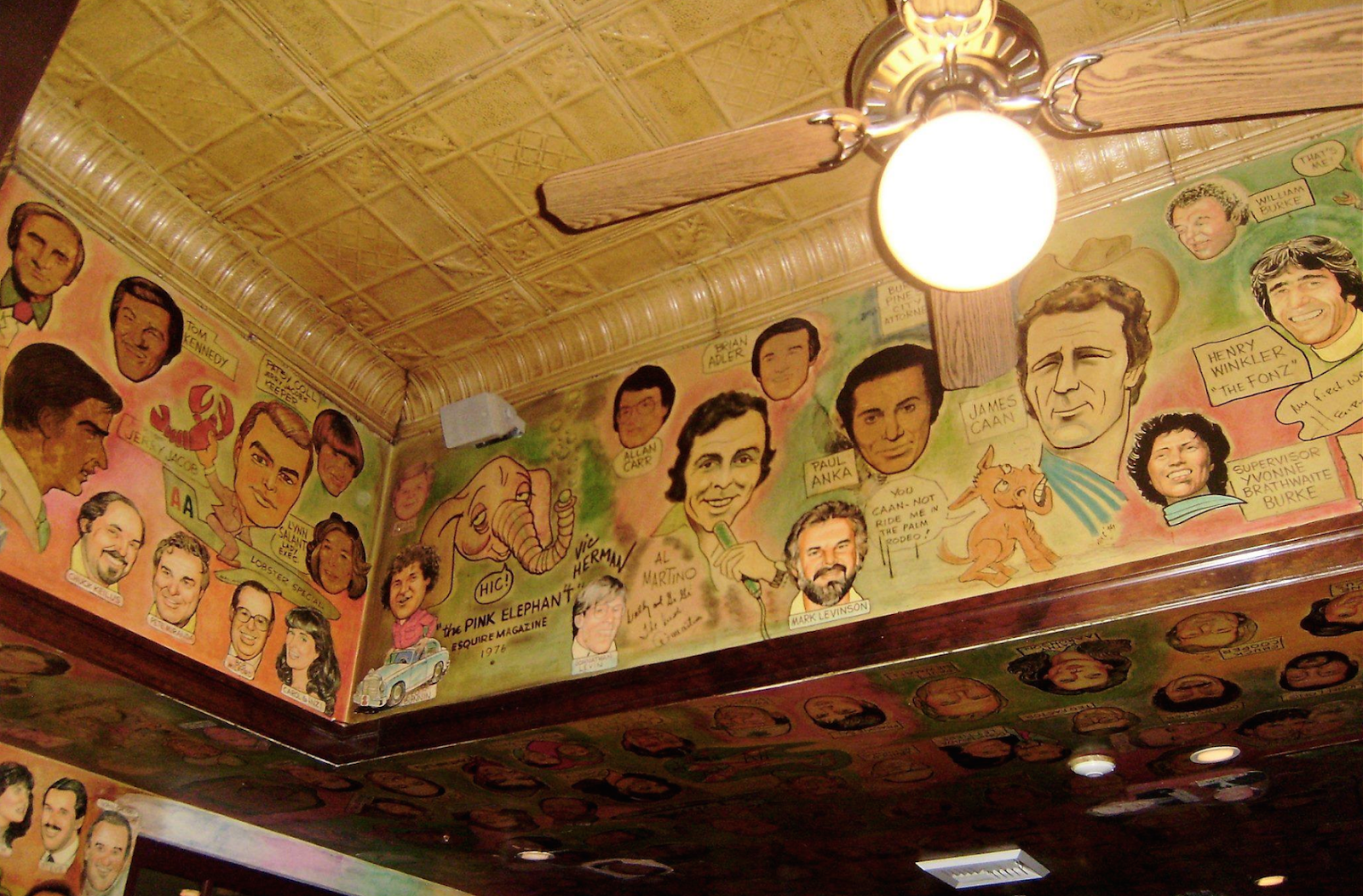 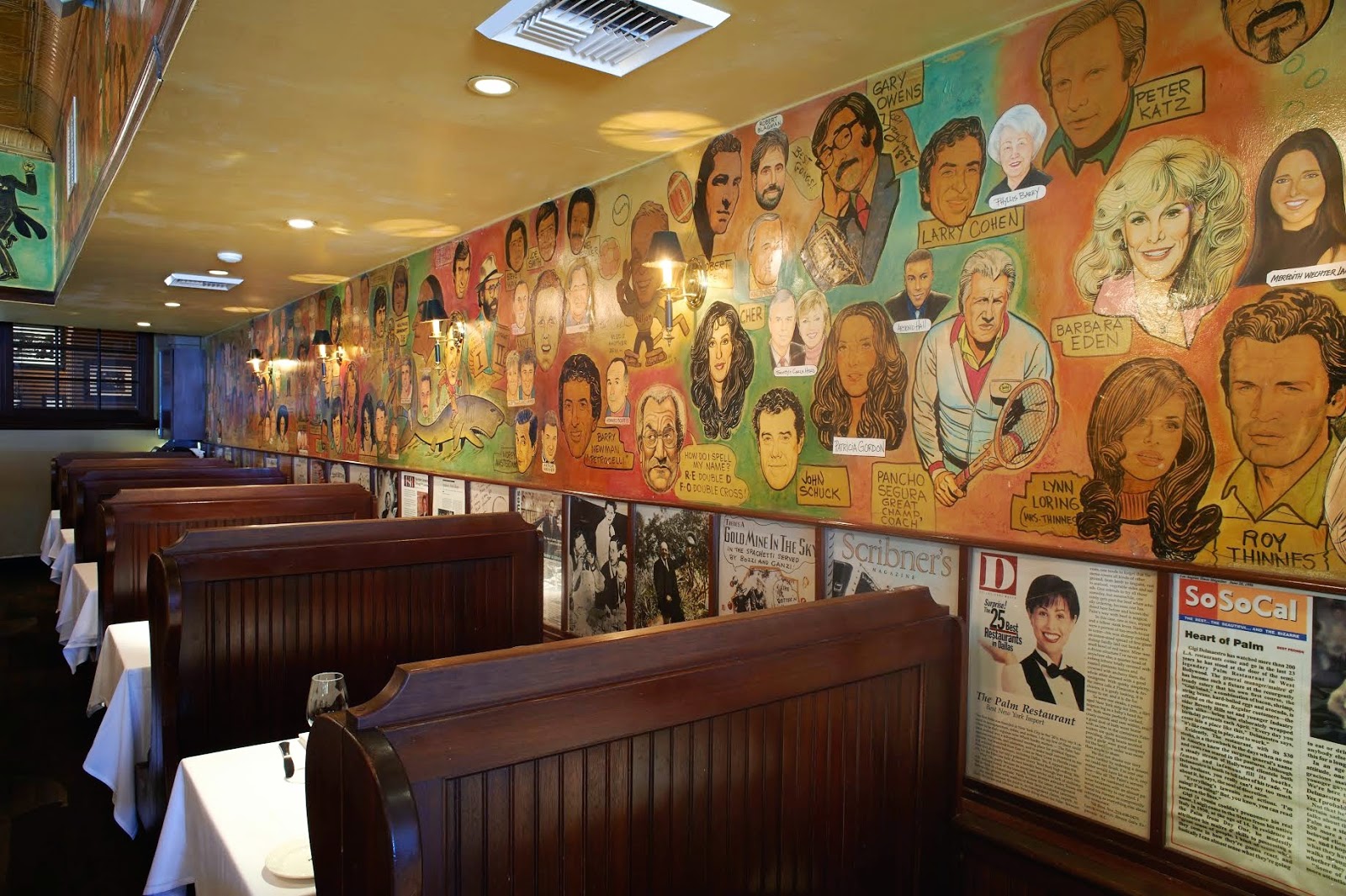 The Palm restaurant is known for its juicy steaks and celebrity clientele, but the vivid caricatures of the patrons leave the strongest impression. On September 30 the restaurant, which has been on Santa Monica Boulevard since 1974, will relocate to Beverly Hills. Although its boldfaced regulars may transition easily to the Canon Drive spot, their painted likenesses aren’t making the move. That includes the rendering of my father, singer Al Martino, whose face was one of the first to go up, in 1976. My dad (who passed away in 2009) and restaurant maître d’ Gigi Delmaestro were like brothers, so when the Palm offered me the opportunity to take my dad’s portrait (below), I launched a crusade to reunite some of Hollywood’s greatest faces with their real-life counterparts, from James Caan to Bob Newhart. In the coming weeks claimed pieces will be carved out of the plaster and available for retrieval on October 6. I won’t be able to get to all 2,600, but a handful of celebrities I’ve reached were happy to give their illustrations a new home. Here they share their memories. 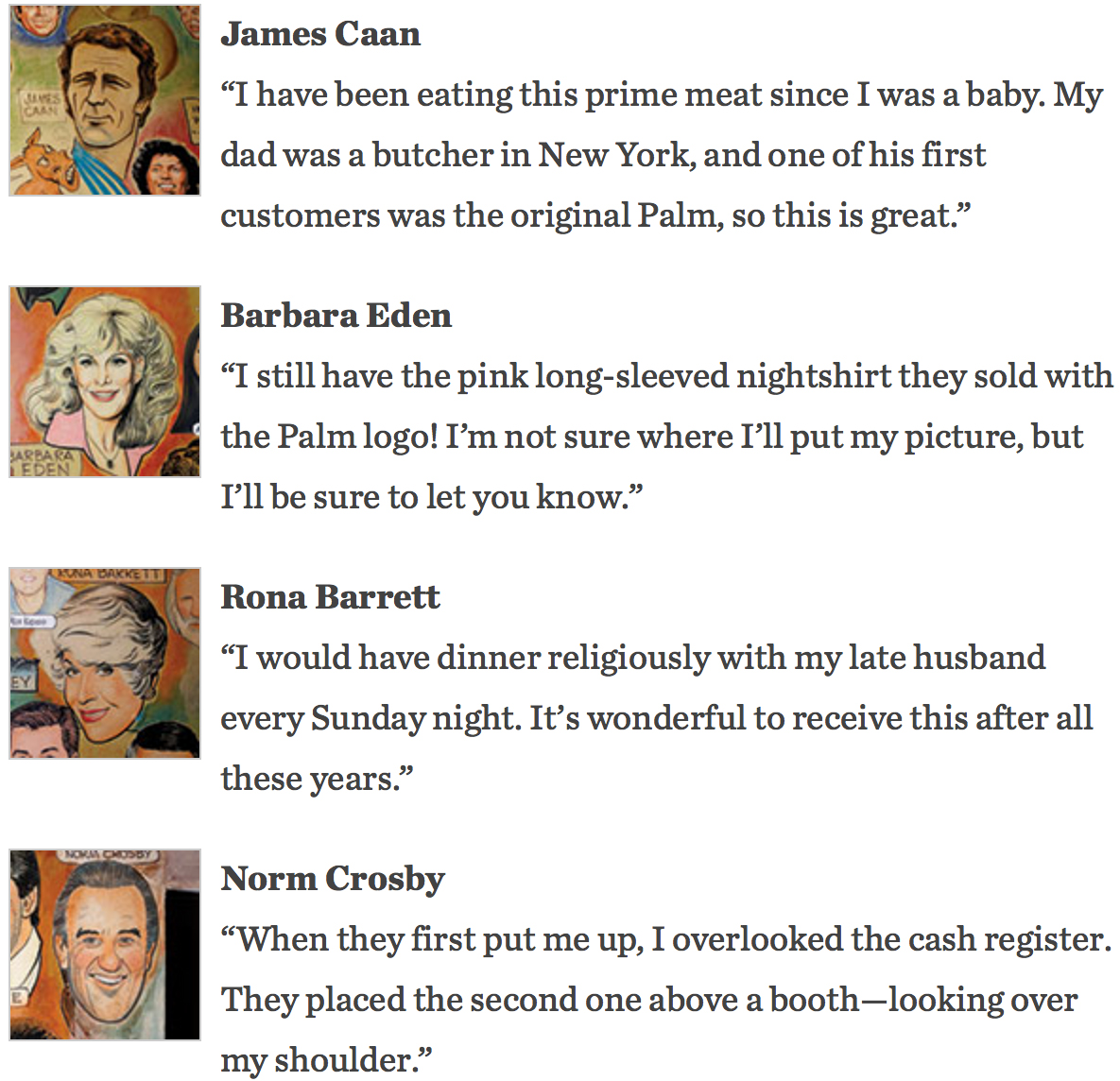 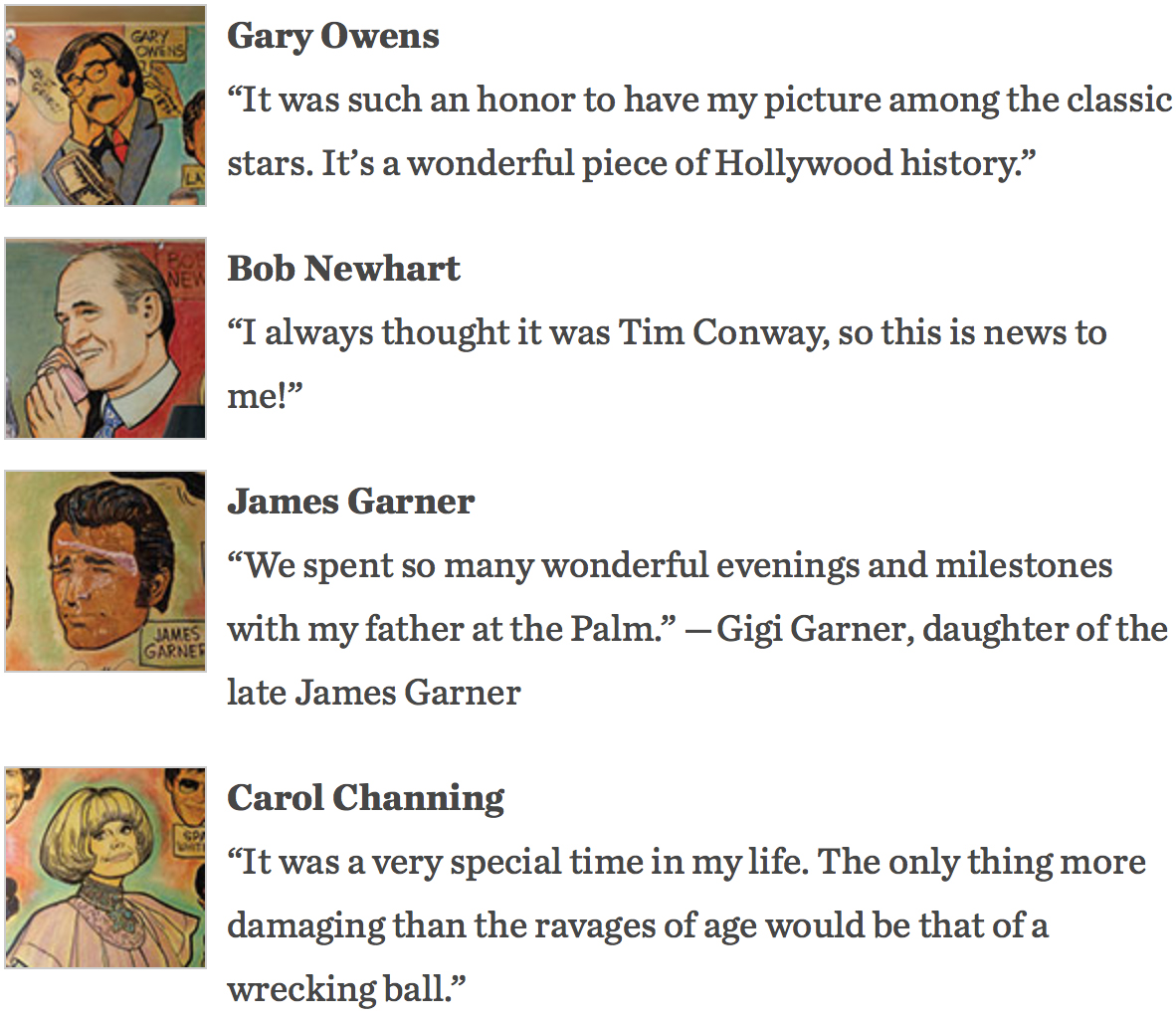 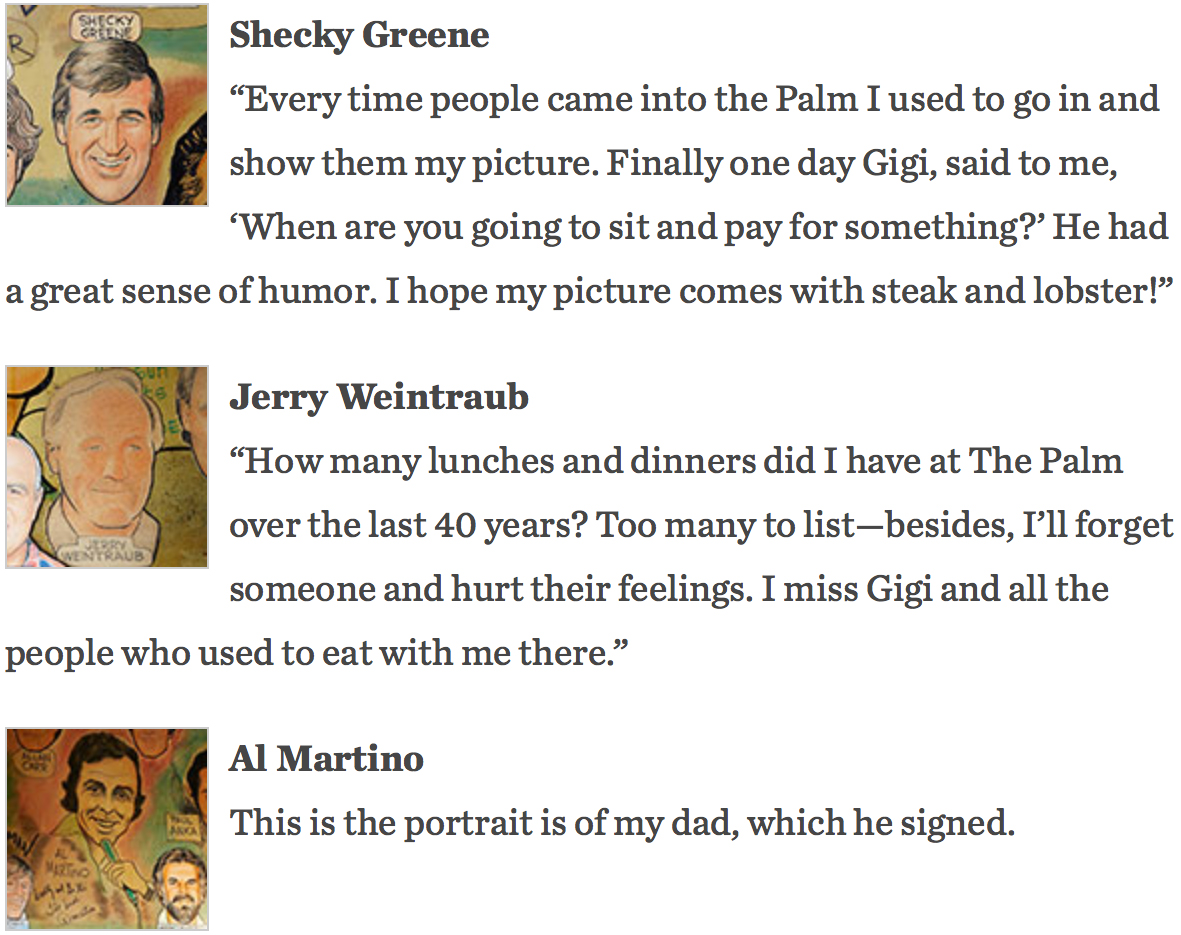 Over 2,600 famous caricatures on the walls of the legendary Palm in West Hollywood are being rescued. Though the restaurant is moving out, those iconic Hollywood faces will not be left behind. The Palm will be closing September 30th and moving to Beverly Hills in November, 2014. (The property owner has decided to demolish the institution for a new development). Thankfully the Westside Palm will continue to stay in business and function in their new address on Cannon Drive.

The Palm has paid tribute to their dedicated clientele by placing their likeness’ on the walls since 1974. It’s become more then just a surf and turf eatery with great food. It’s become a museum. Animated artwork featuring movie stars such John Travolta’s character from “Saturday Night Fever” to “King Kong’s colossal likeness smashing through the restaurant helped capture it’s trademark style. 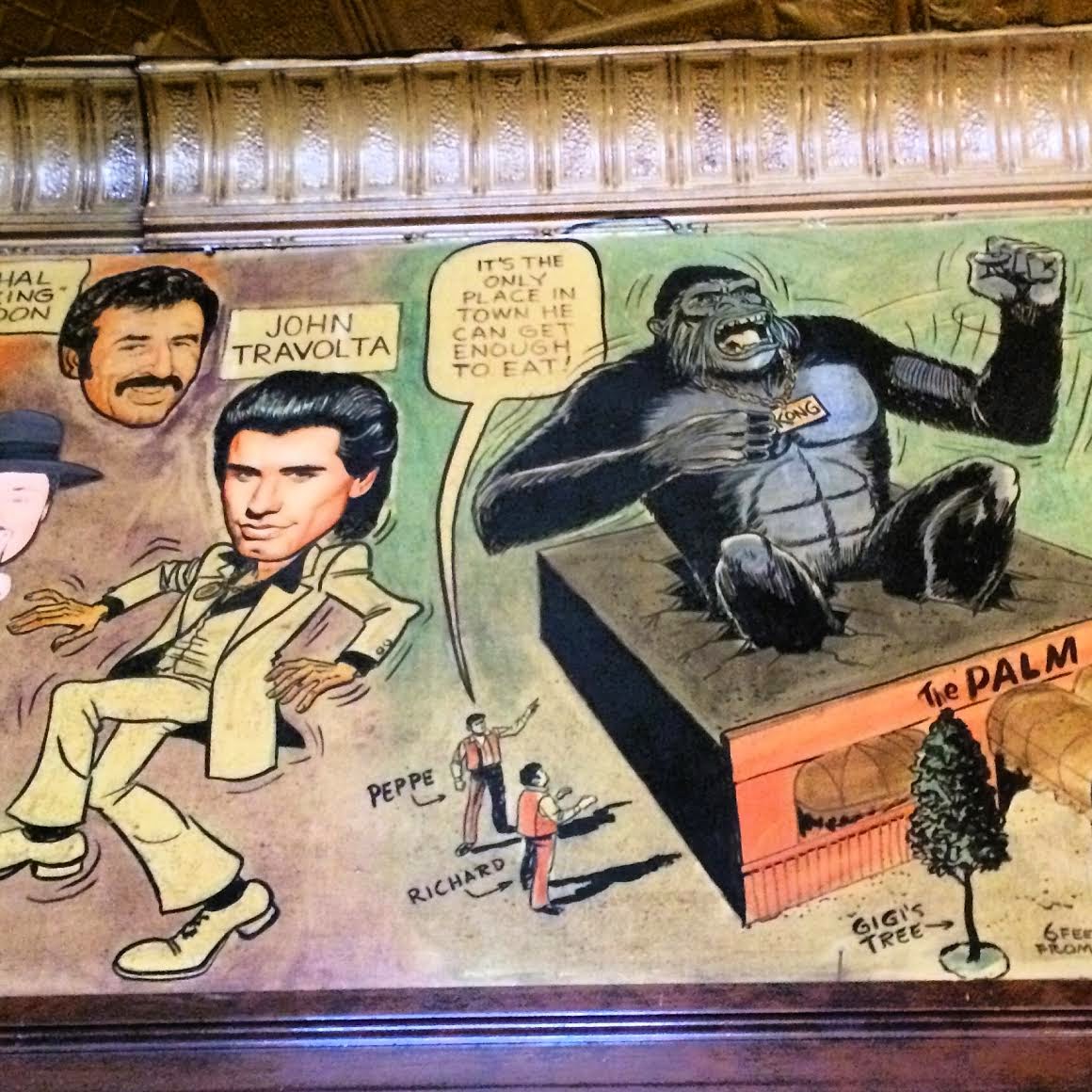 The new location will only be taking a limited selection to their new space. Out of respect to these historical works of art, the owners have decided to carve each caricature and give them to the celebrities and dedicated customers that have graced the walls for almost 40 years. This is a very generous and monumental undertaking and I’m taking on this crusade with the staff to reach out to as many people I know personally making sure they get their caricature.

Each face will be carefully carved out and extracted from the walls and be available for guests to pick up on October 6th only. During the Golden Age of Hollywood, the Brown Derby had the same tradition curating dozens of Hollywood movie star caricatures . But those faces fell into obscurity and I don’t want to see that happen here! 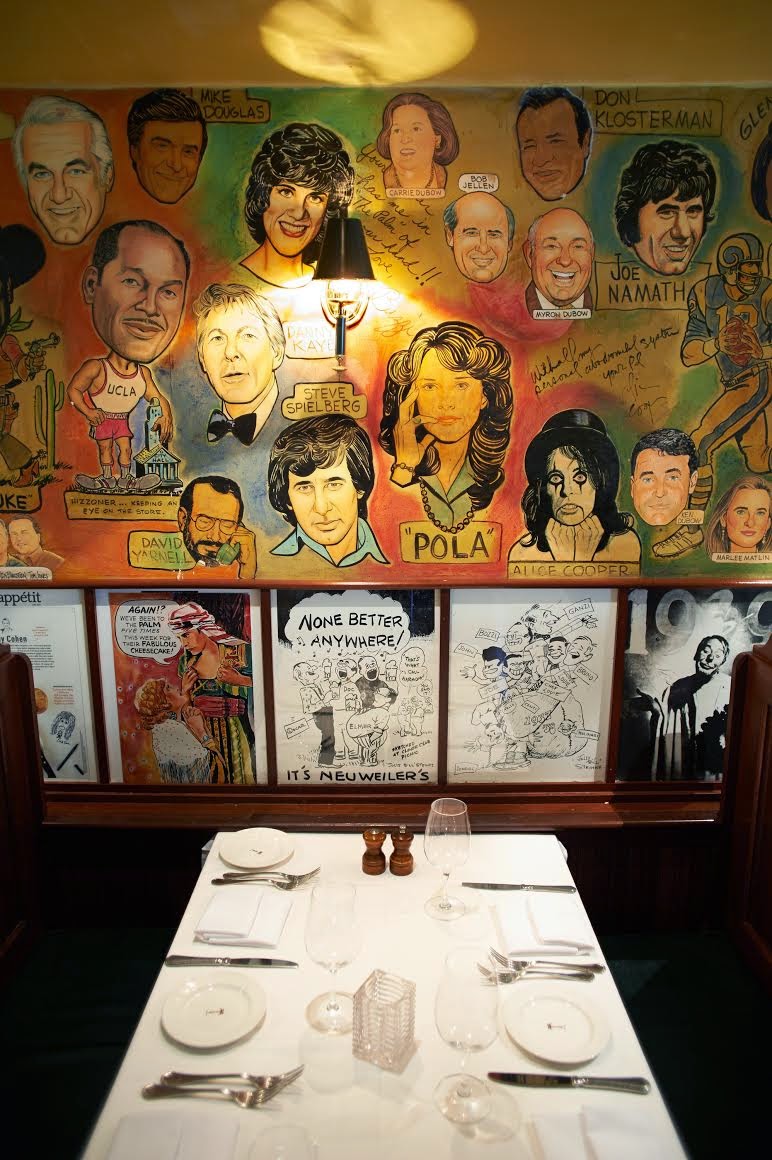 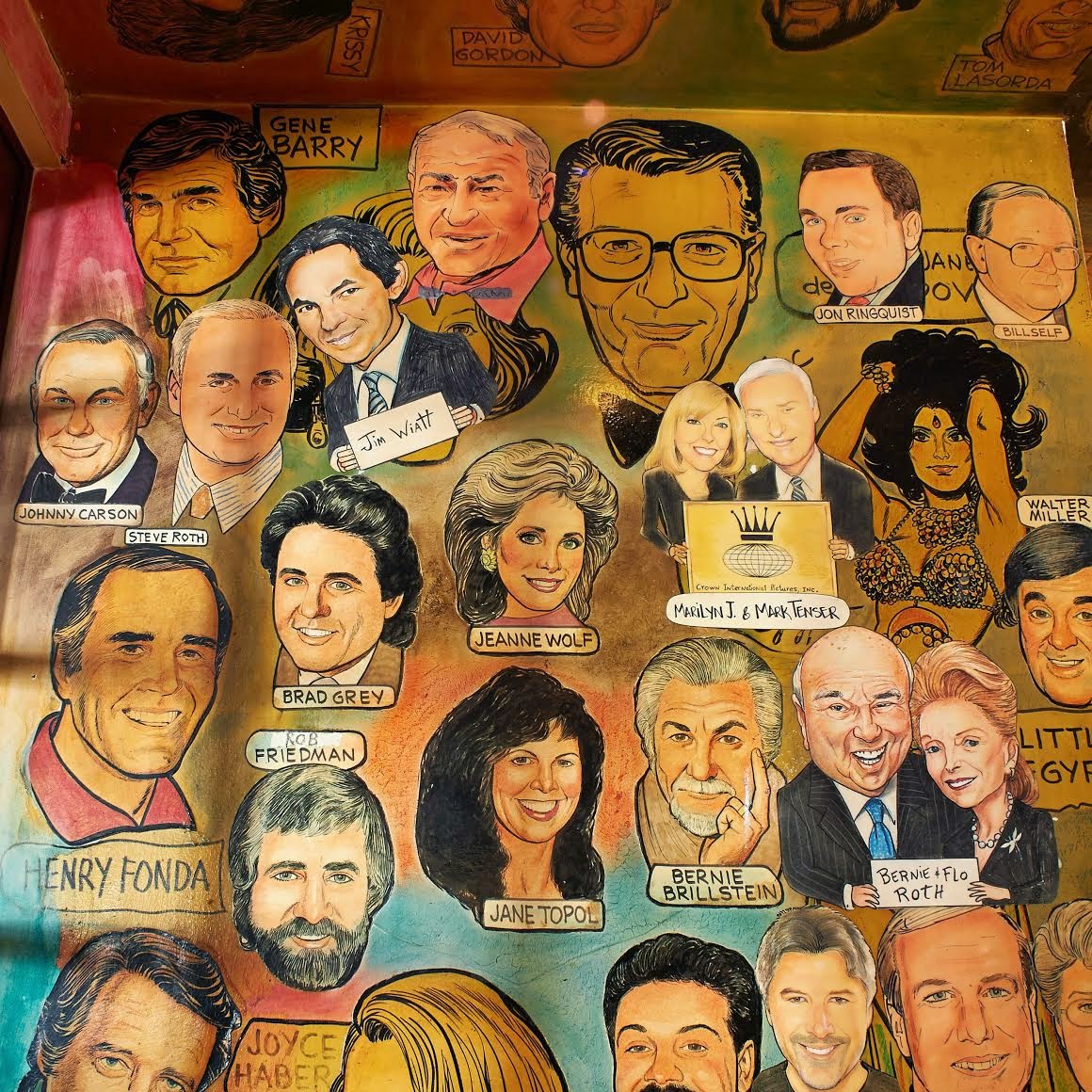 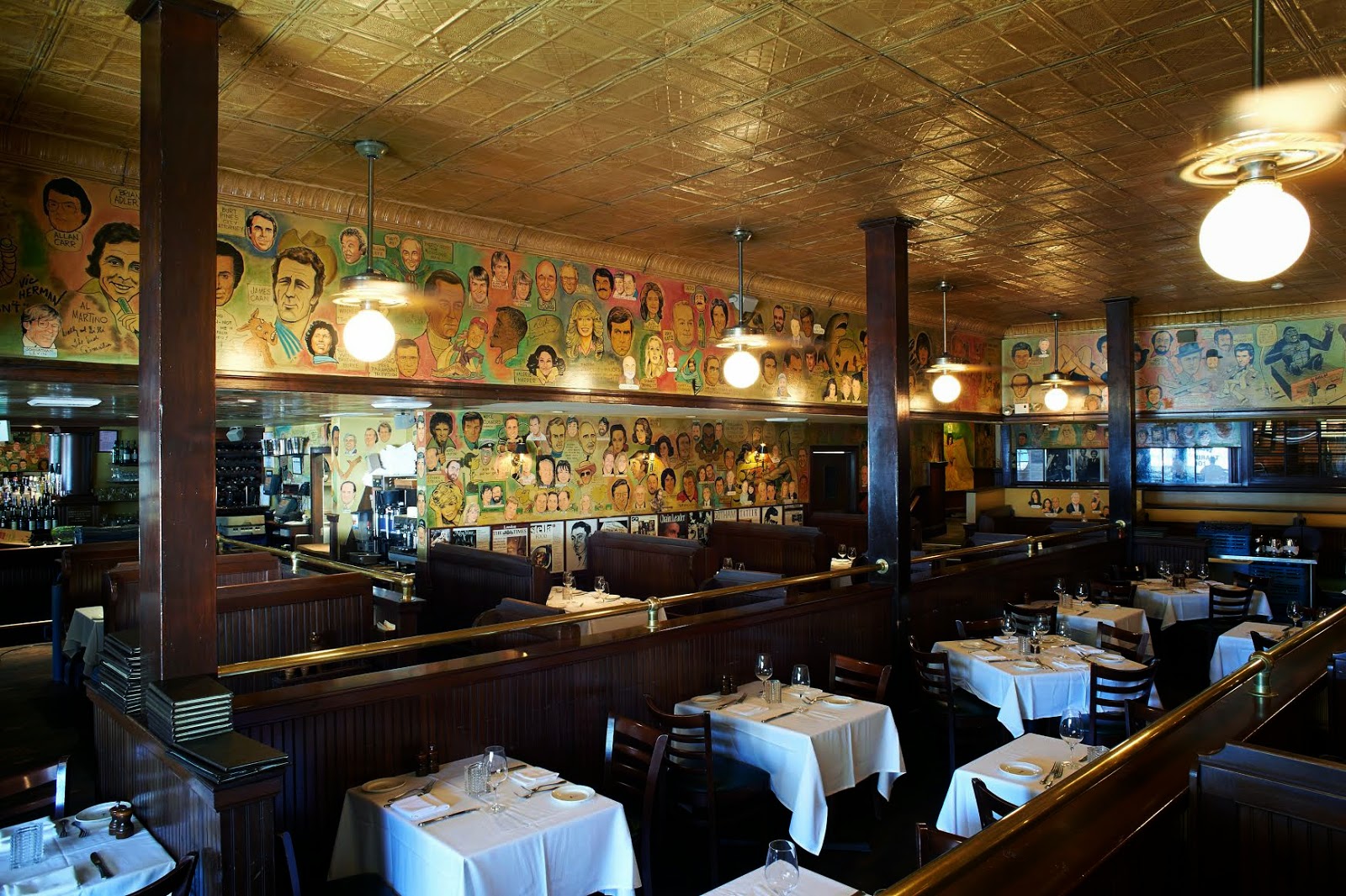