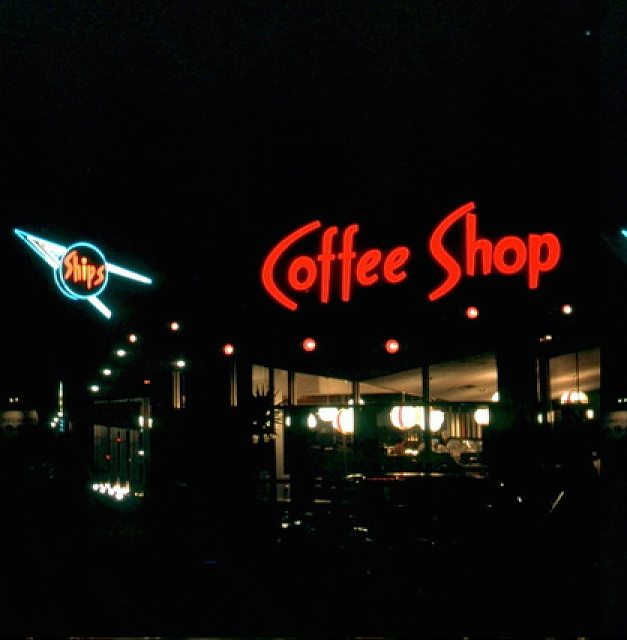 Ok, Angelenos, I know you remember “Ship’s Coffee Shop” and those Toasters on the tables! Here’s an article I wrote for Los Angeles Magazine featuring all three ‘space age’ locations. Which one did you frequent? Westwood, Culver City or the one at La Cienega and Olympic? The boomerang shaped roof and atomic neon sign made the structures look like flying saucers straight out of a Sci-fi flick!

With their boomerang-shaped roofs and futuristic neon signs, Ships Coffee Shops were impossible to miss. Inside, the small chain dished out American favorites, but the diners’ exteriors were otherworldly; they looked like UFOs! 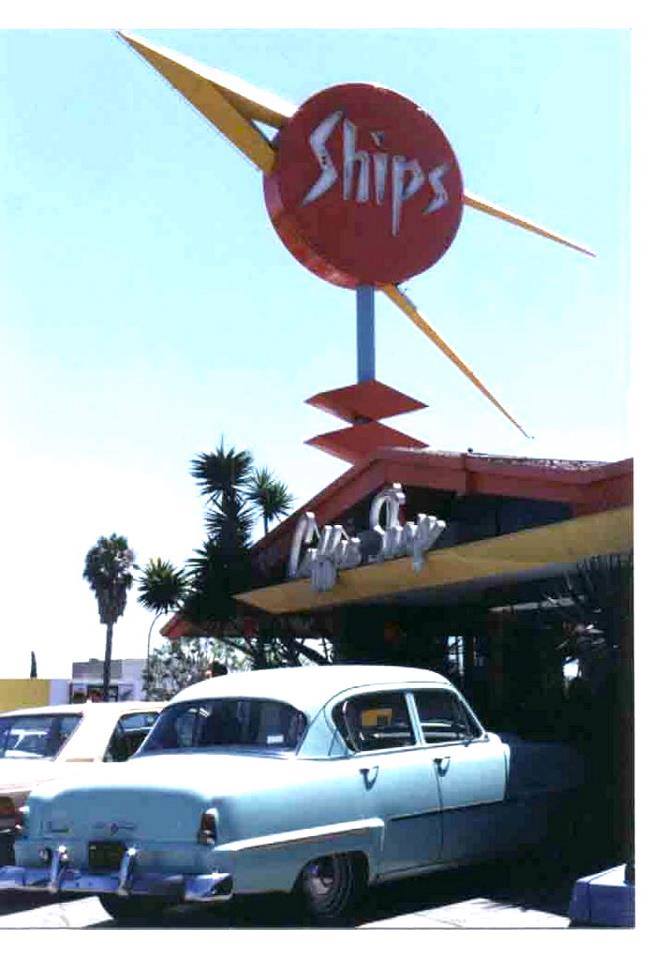 Emmett Shipman opened the first Ships Coffee Shop in Culver City in 1956. Architect Martin Stern, Jr. designed that building and the second Ships, which was in Westwood, too. The Googie kings at the architecture firm Armet Davis designed the chain’s third and most popular location, which was constructed next to a 76 station on La Cienega Boulevard at Olympic in 1968.

Both locals and tourists loved Ships. The restaurants served 50 million customers from 1956 to 1996, and I was one of them. Because there was a toaster on every table, Ships always smelled of burnt toast. Preparing your own toast of choice was the main event, and I spent countless late nights pushing rye bread into their clunky appliances. Ships also had the best freshly squeezed OJ, chicken pot pie, and mashed potatoes in the city. 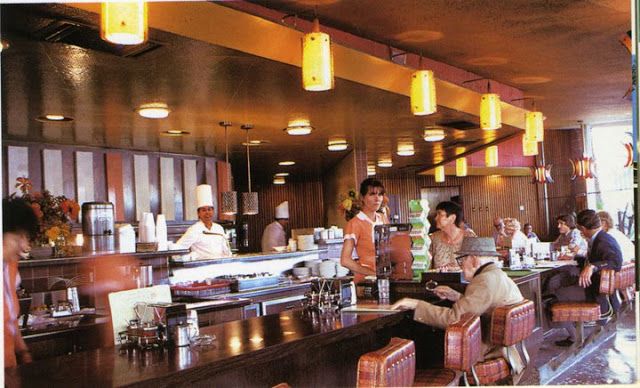 Ships Coffee Shop at Wilshire/Glendon in Westwood, 1979—it closed in 1984 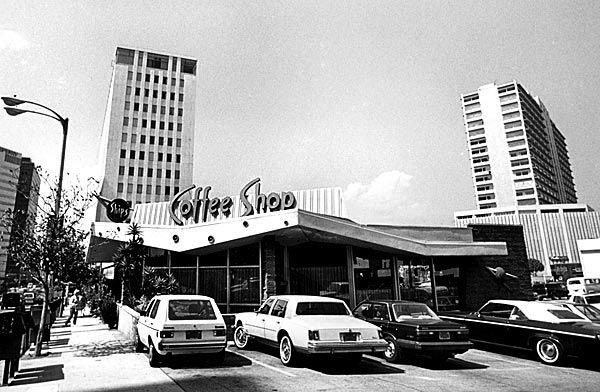 A big fan of Googie architecture, I spent many hours at the Westwood location. I even used the phone booth in the parking lot to call and meet up with friends in the Village. That Ships was huge with UCLA students, but I often spotted TV writers drinking coffee there, pencils and yellow pads at the ready, too. I saw science fiction buff and Famous Monsters of Filmland editor Forrest Ackerman at the counter once and actor-producer Danny Thomas was a morning regular. On one very memorable evening, I took Larry “Wild Man” Fischer, an underground singer-songwriter discovered by Frank Zappa and popular with Dr. Demento listeners, to the Ships on La Cienega for a Ship Shape Hamburger. He was completely enamored with the burger’s ship-shaped bun.

All three Ships locations shuttered by the ’90s, and their spellbinding structures eventually were demolished. A 20-story office tower replaced the Ships in Westwood. An auto repair shop replaced the Ships on La Cienega. (Although you can still see remnants of the diner’s marquee, which featured a design resembling a lightning bolt. Now the sign says MATRIX and the lightning bolt has bolted for good.) A strip mall replaced the Ships in Culver City. Thankfully, the chain was forever preserved on celluloid for the 1985 film Into the Night.

A true Southern California Coffee Shop treasure, “Ships” Restaurant, epitomized all that was right about the Atomic Age. Designed by Martin Stern Jr., “Ships” was famous for its ‘Googie” style architecture including boomerang shaped countertops and a spellbinding “space-age” neon sign! 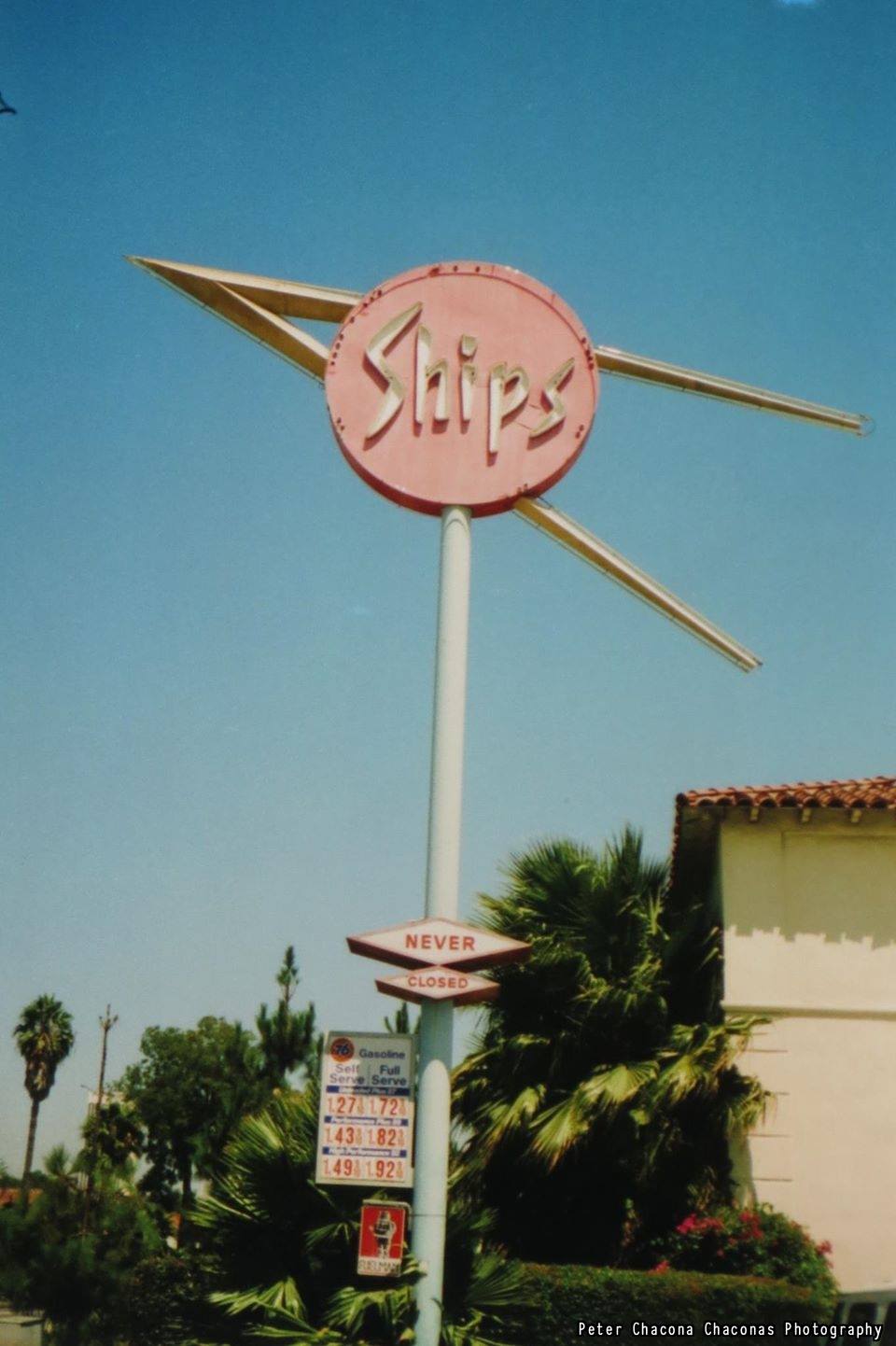 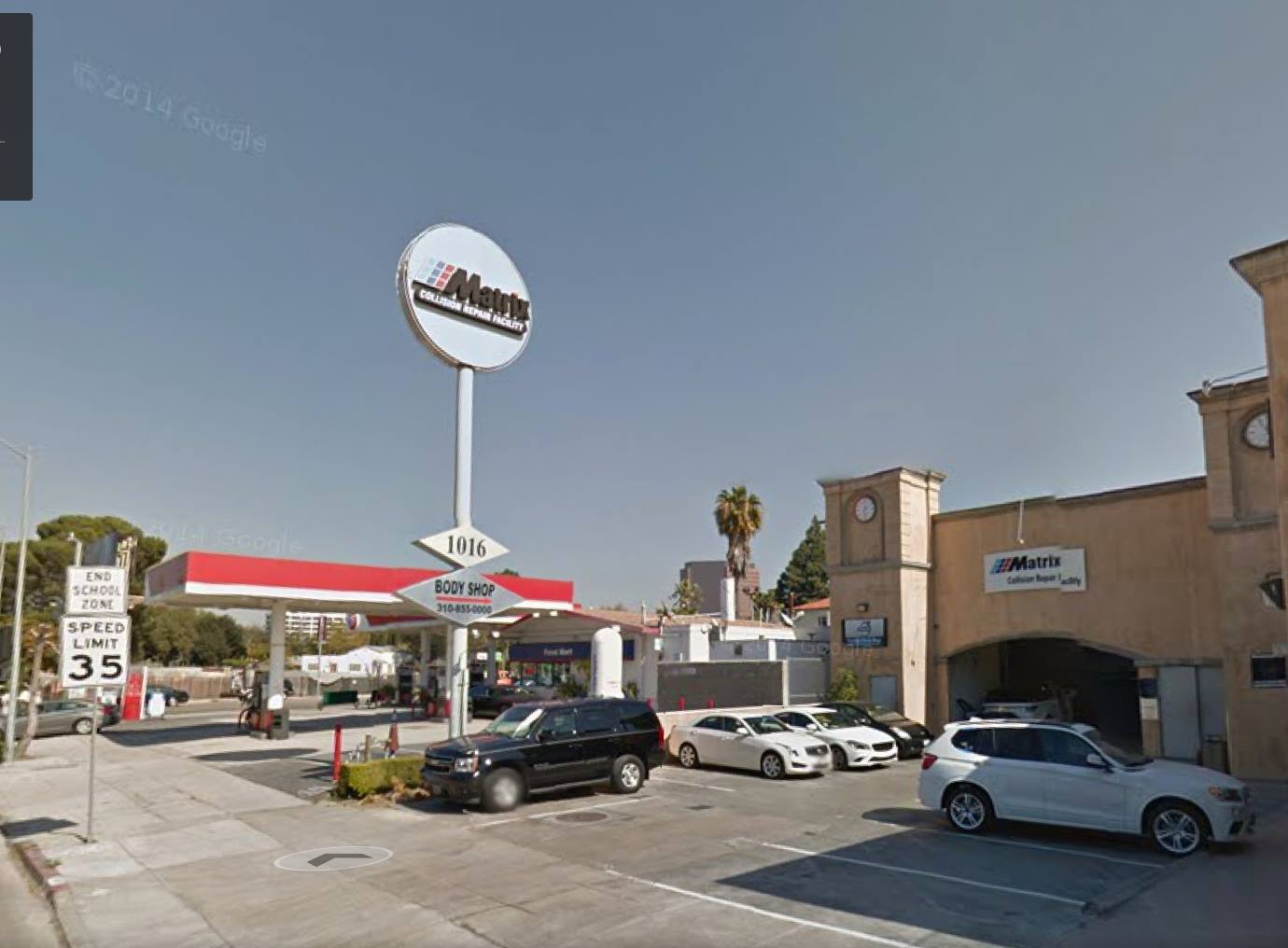 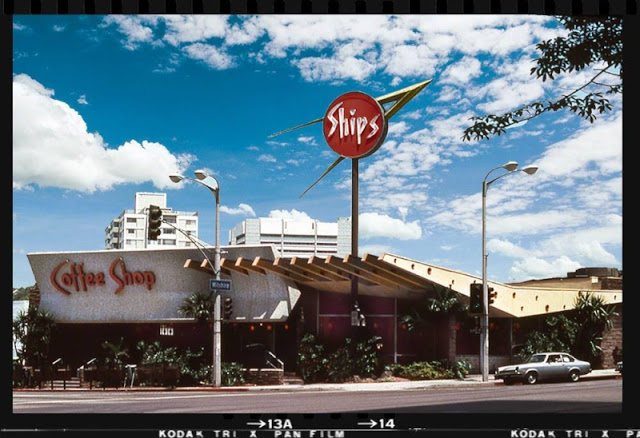 Now that Ships has sailed, I’m saving a small piece of its history, too: a rare menu that I recently won on eBay. Holy Ships, check out those prices!

This article was published in Los Angeles Magazine on October 26th, 2015.