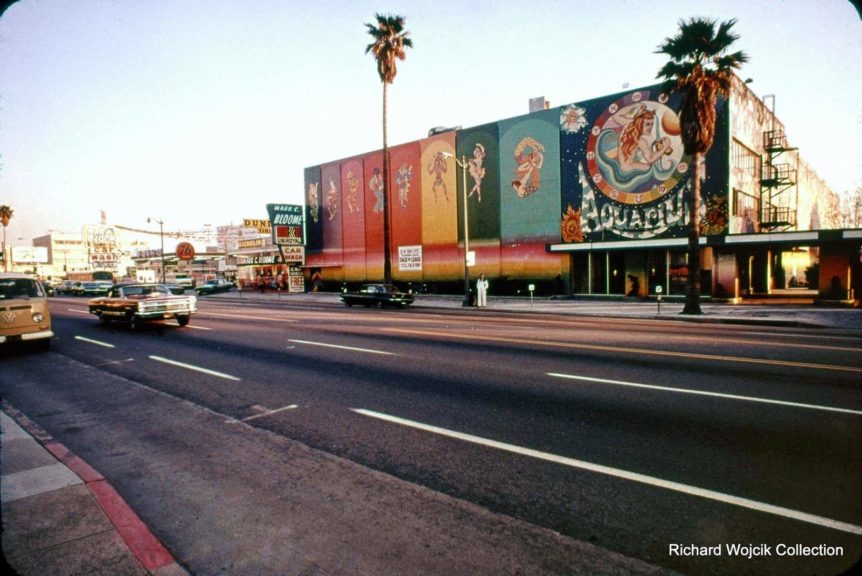 Can you imagine driving down Sunset and seeing the spellbinding psychedelic mural above? It once welcomed visitors to the Aquarius Theatre at 6230 Sunset Boulevard. The historic structure was painted for the opening of Hair in 1968. Eric Clapton, Janis Joplin, and Sal Mineo caught performances of the play during its two-and-a-half year run from 1969-1971. 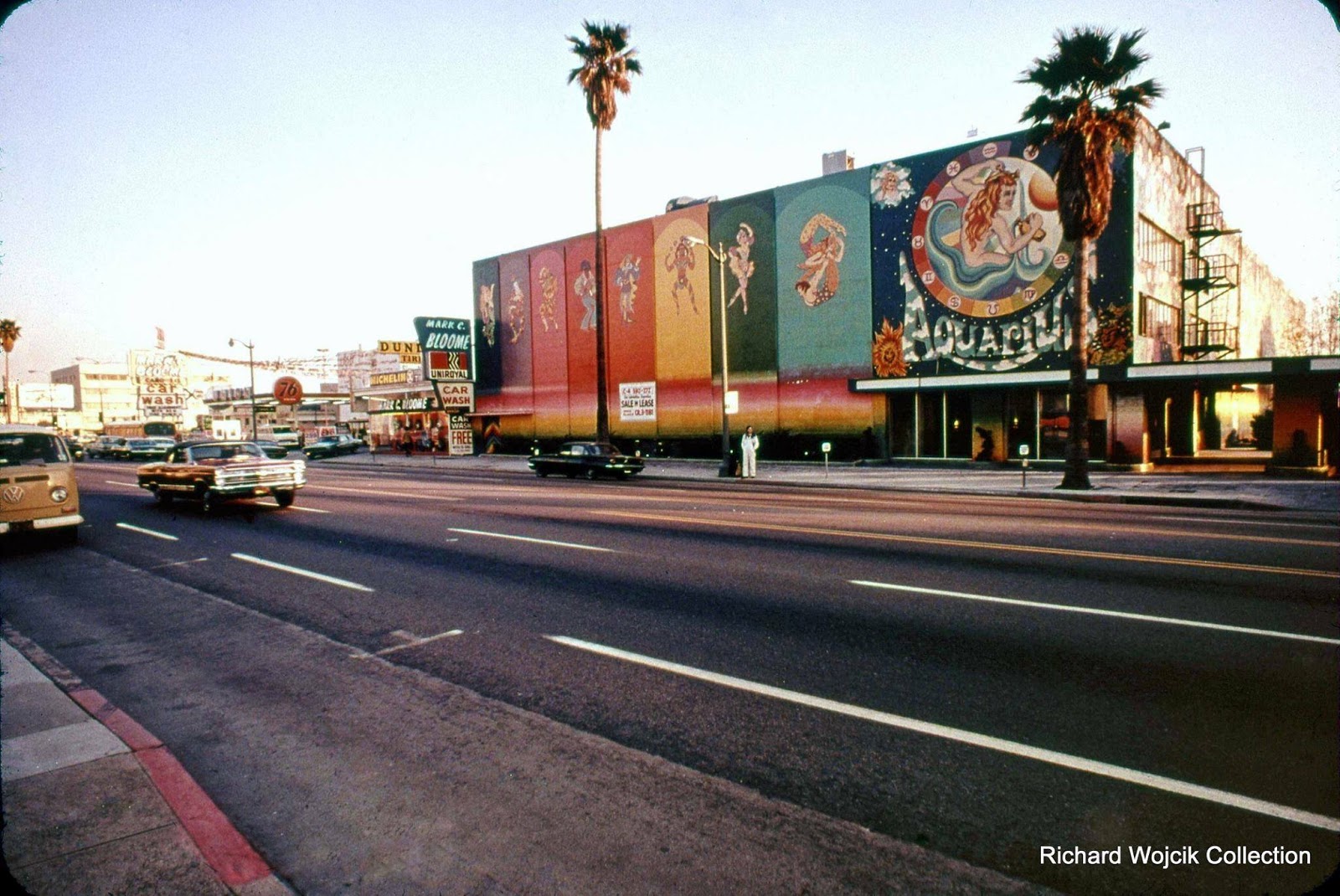 The theater had many lives before and after it was the Aquarius. It debuted as the Earl Carroll Theatre in 1938. Opened during the glittering Golden Age of Hollywood, it could hold 1,000 people. The extravagant supper club advertised THE MOST BEAUTIFUL GIRLS IN THE WORLD on a 20-foot high neon sign, and a facial portrait of entertainer Beryl Wallace—who dated the theater’s namesake, producer Earl Carroll—looked out from the theater’s facade toward Sunset. Over time, hundreds of movie stars inscribed their signatures on the building’s concrete blocks. One of the great Hollywood mysteries is fate of all those slabs. 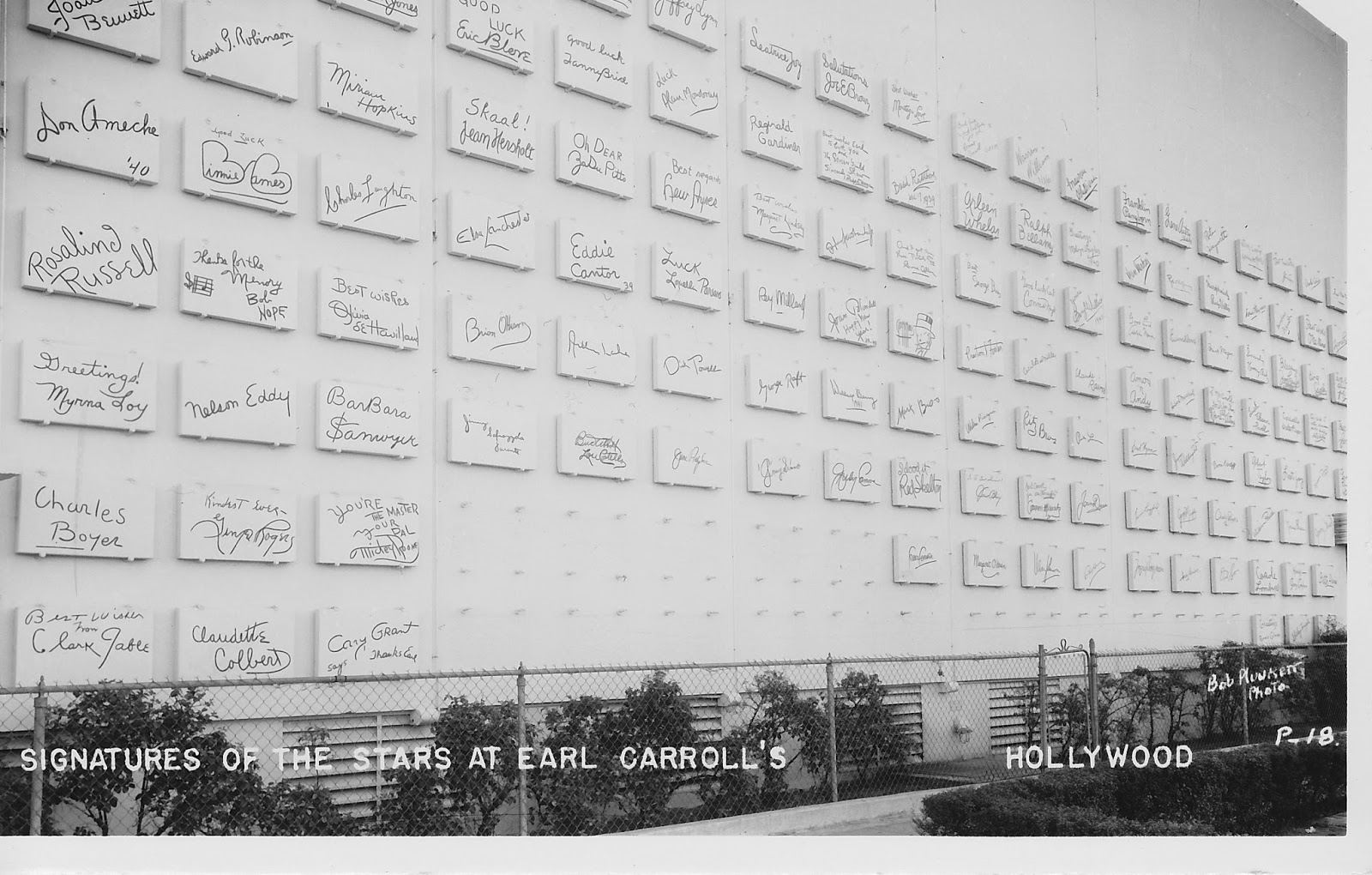 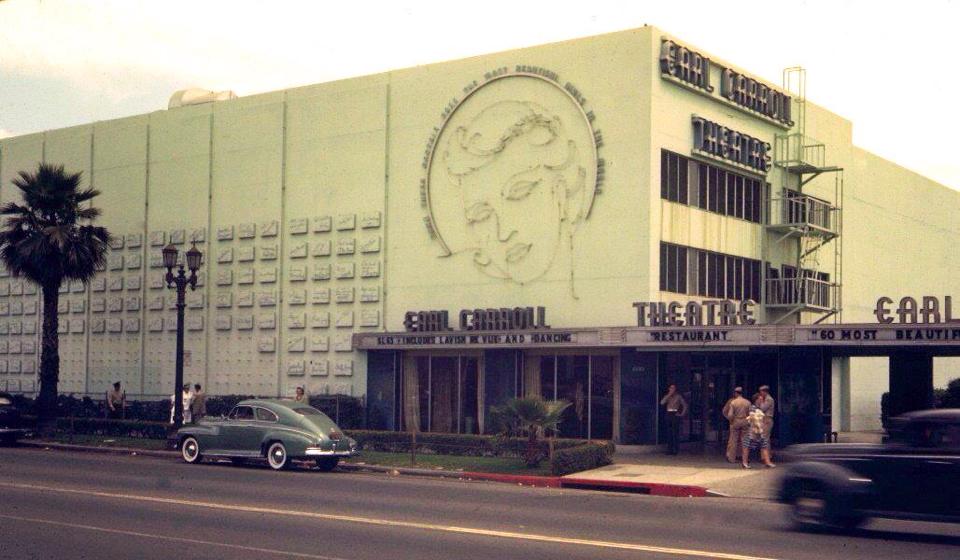 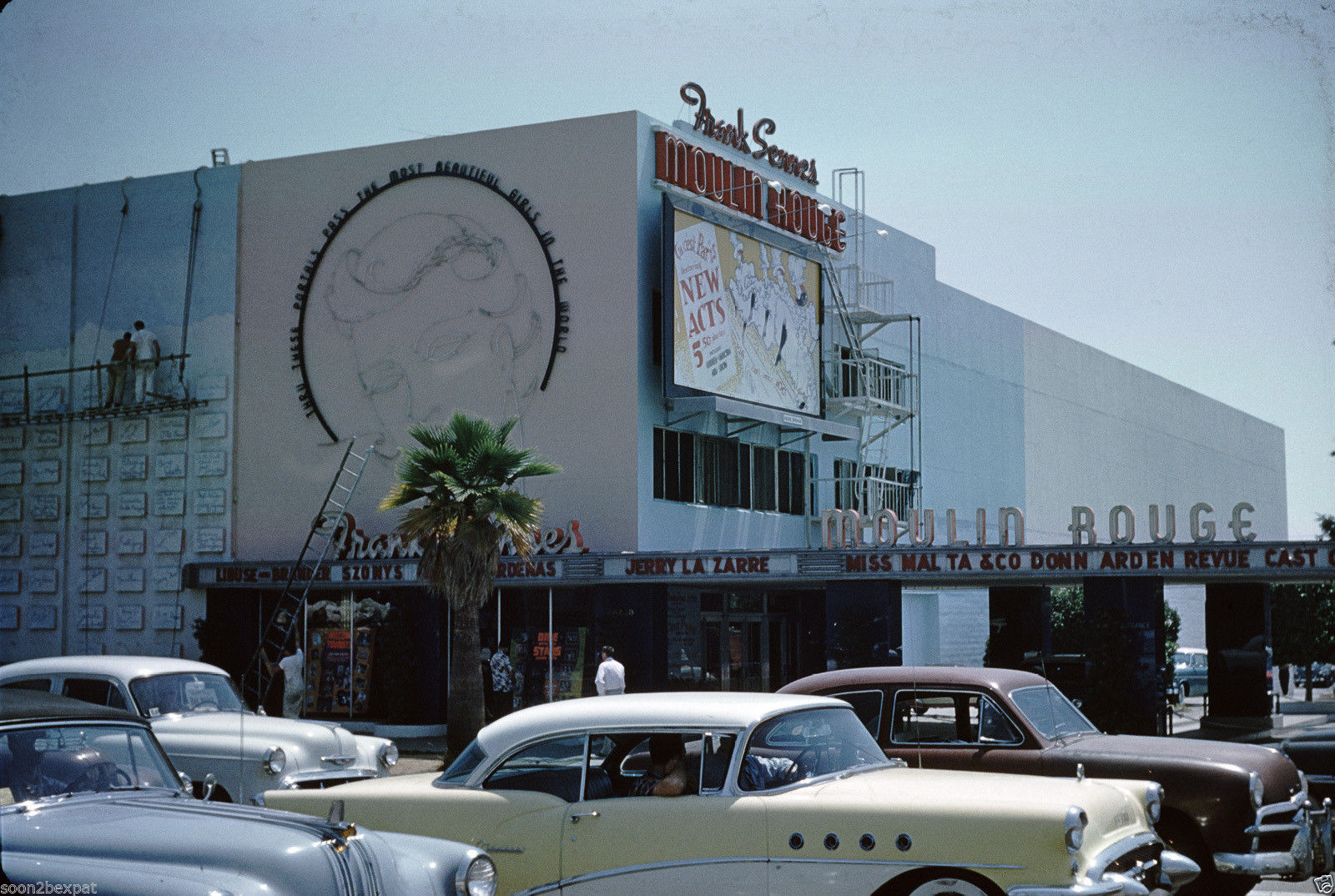 Carroll and Wallace died in the crash of United Airlines Flight 624 in 1948. After their passing, the theater was sold, and by the early 1950s it had fallen on hard times. Las Vegas showman Frank Sennes reopened the venue in 1953 as a nightspot called Moulin Rouge. The popular TV game show Queen for a Day was broadcast from the club during part of the show’s ten-year run. The theater changed hands again in 1966 and was redubbed the Hullabaloo Club; that name lasted two years. 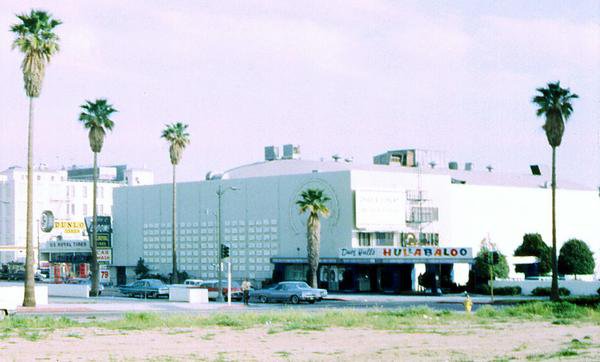 Chad and Jeremy & the Turtles at the Hallubaloo Club 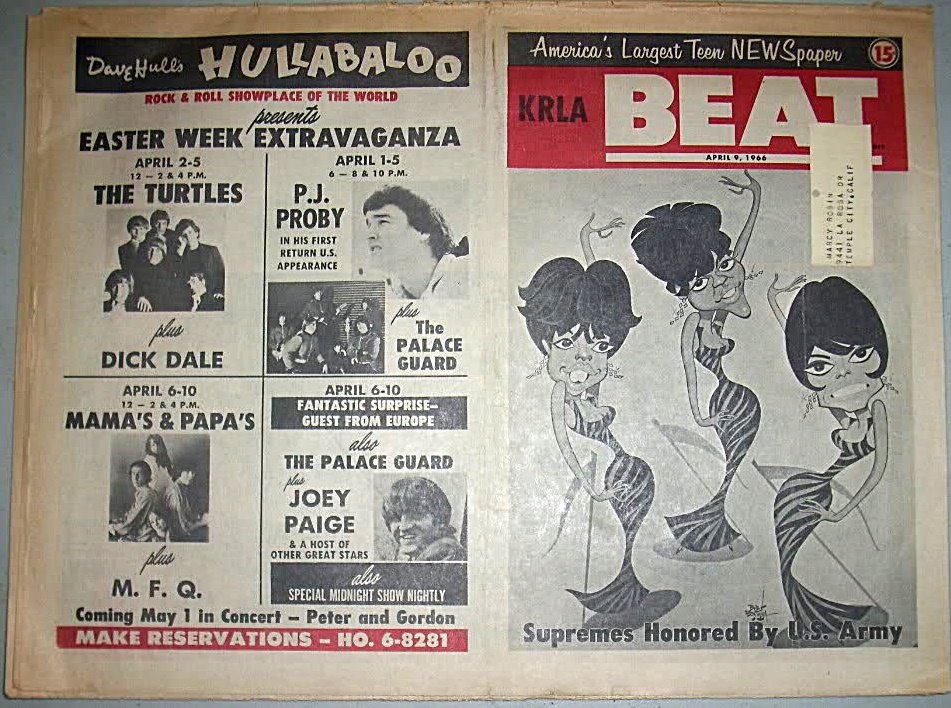 Front & back cover of the April 9 1966 edition of KRLA BEAT newspaper, which ran from about 1964 to 1969. The Turtles and the Mamas & Papas are some of the acts playing at popular radio DJ Dave Hull’s Hullabaloo Club which was inside the famed Earl Carrol/Moulin Rouge Theater (later became the Aquarius/Star Search/Nickelodeon/etc on Sunset Blvd across from the Hollywood Palladium).

The Turtles and Hullabaloo in 1966: 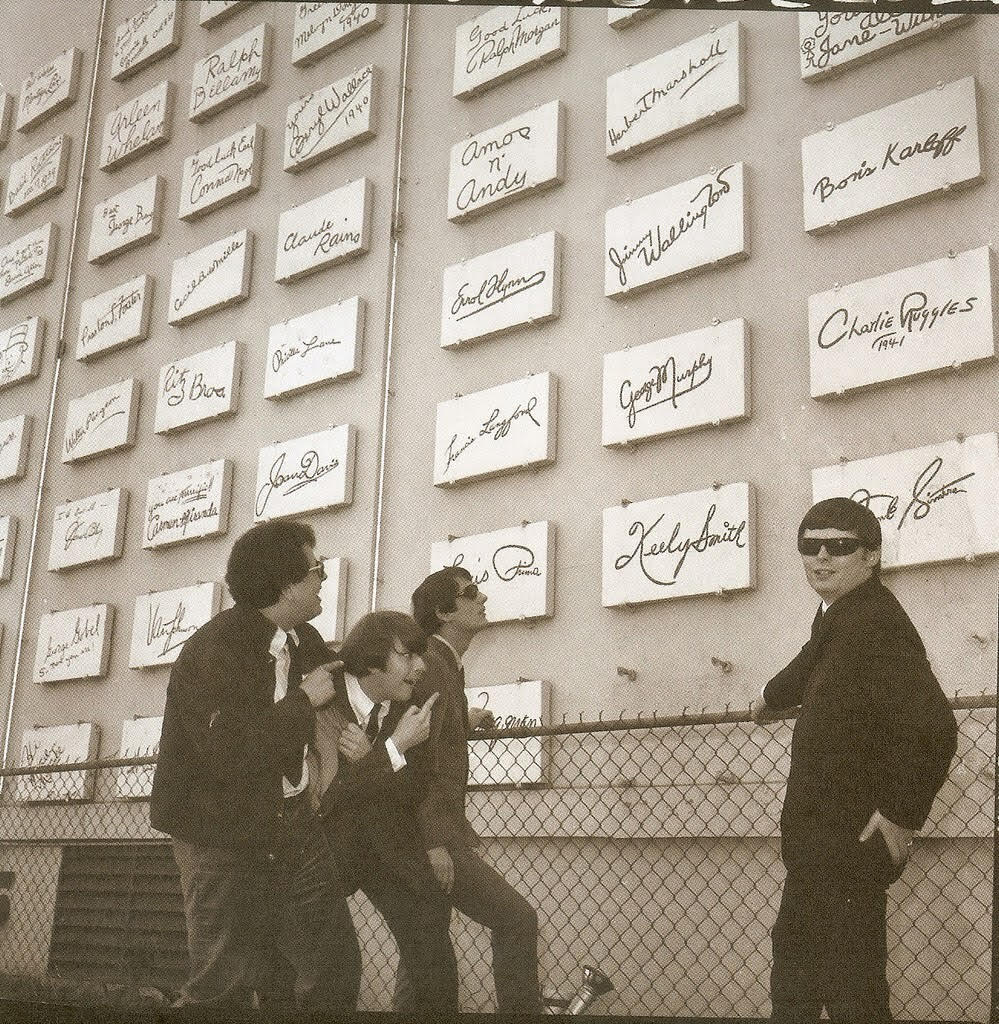 In 1968 the venue became the Kaleidoscope, which was run by Canned Heat’s booking agent, John Hartmann (who’s brother was comedian Phil Hartman), and its manager, Skip Taylor. Canned Heat was the house band for a spell, but Jefferson Airplane performed on the club’s opening night, March 22, 1968. The Kaleidoscope’s mission was to replicate the success of San Francisco’s Fillmore Auditoriums by booking acts that were based in Southern California, like Love, Iron Butterfly, and Eric Burdon and the Animals. All sorts of hippie bands, including the Grateful Dead, played the Kaleidoscope during the summer of 1968. The hangout held movie nights, too, and the great Don Ellis Orchestra, a super-hip big band, performed on Wednesdays. Sadly, the venue was too small to stay afloat, and the Kaleidoscope closed before Labor Day of that year. The venue did, however, release some pretty amazing posters that are collectibles today. 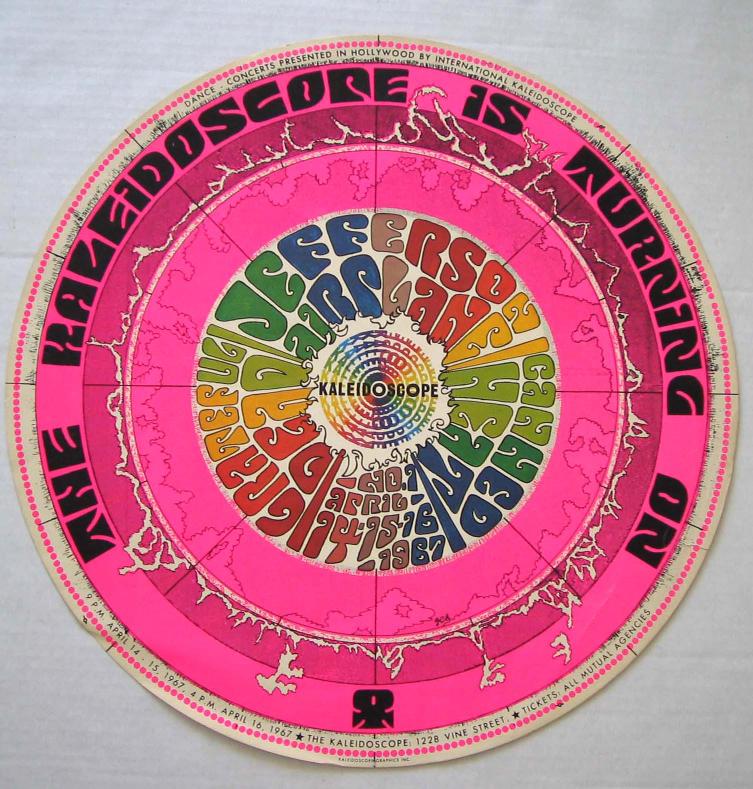 A talented young set designer, Michael Baugh, stepped in next and transformed the club into the Aquarius Theatre. Under his direction, crews worked around the clock for two months redesigning and reconstructing the venue’s interior to ready it for a production of Hair. 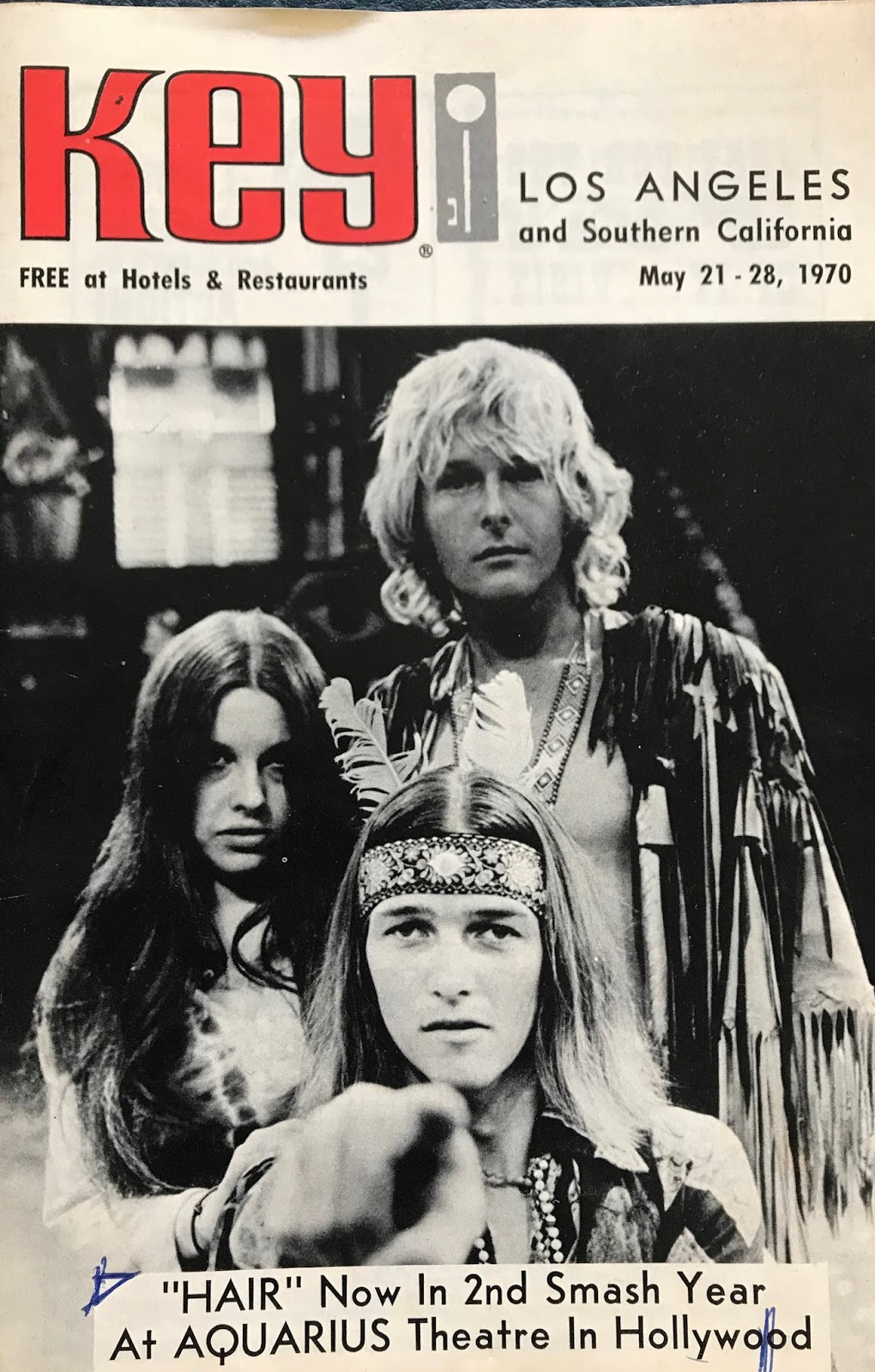 In addition, they replaced the portrait of Beryl Wallace with a wraparound mural painted by The Fool, a collective of Dutch and English artists best known for creating a mural on the Beatles’ Apple Boutique in London. In psychedelic style, the theater’s painting depicts the coming of the Age of Aquarius. Nearly overnight the mural-wrapped theater became a late 1960s Hollywood landmark. 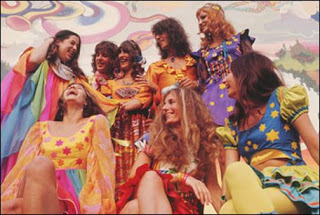 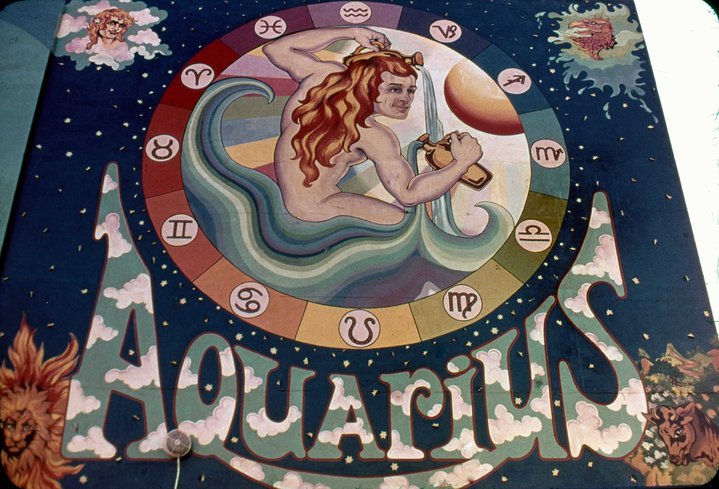 A close-up view of one of the psychedelic murals that adorned the exterior walls of The Aquarius Theater ran HAIR played there beginning in late 1968.

Hair played six nights a week. On Mondays, the venue was rented out by Elektra Records, which put on affordable concerts. The label’s most famous group, the Doors, recorded bits of their performances at the Aquarius for the album “Absolutely Live.” Frank Zappa, the Mothers of Invention, and Jethro Tull played at the Aquarius on March 31, 1969. 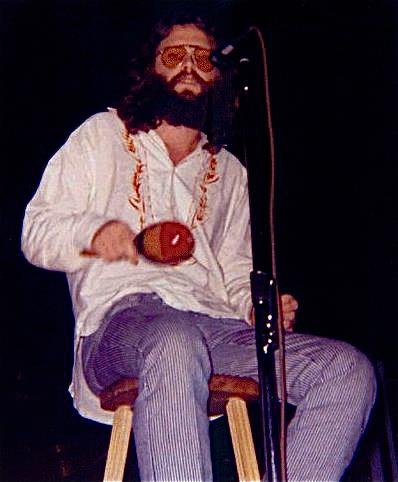 Unfortunately, the Aquarius Theatre’s walls were not primed properly before the psychedelic murals were painted. After just a year and a half, the portion along the building’s west wall began to peel. It had to be completely painted over in 1971.

Sometime back in the late 60s/early 70s someone must have inscribed this into the wet concrete in front of The Earl Carroll Theater (back then known as The Aquarius Theater) It’s still there at the intersection of Sunset and Argyle Ave., you can’t miss it if you’re looking down as you walk. 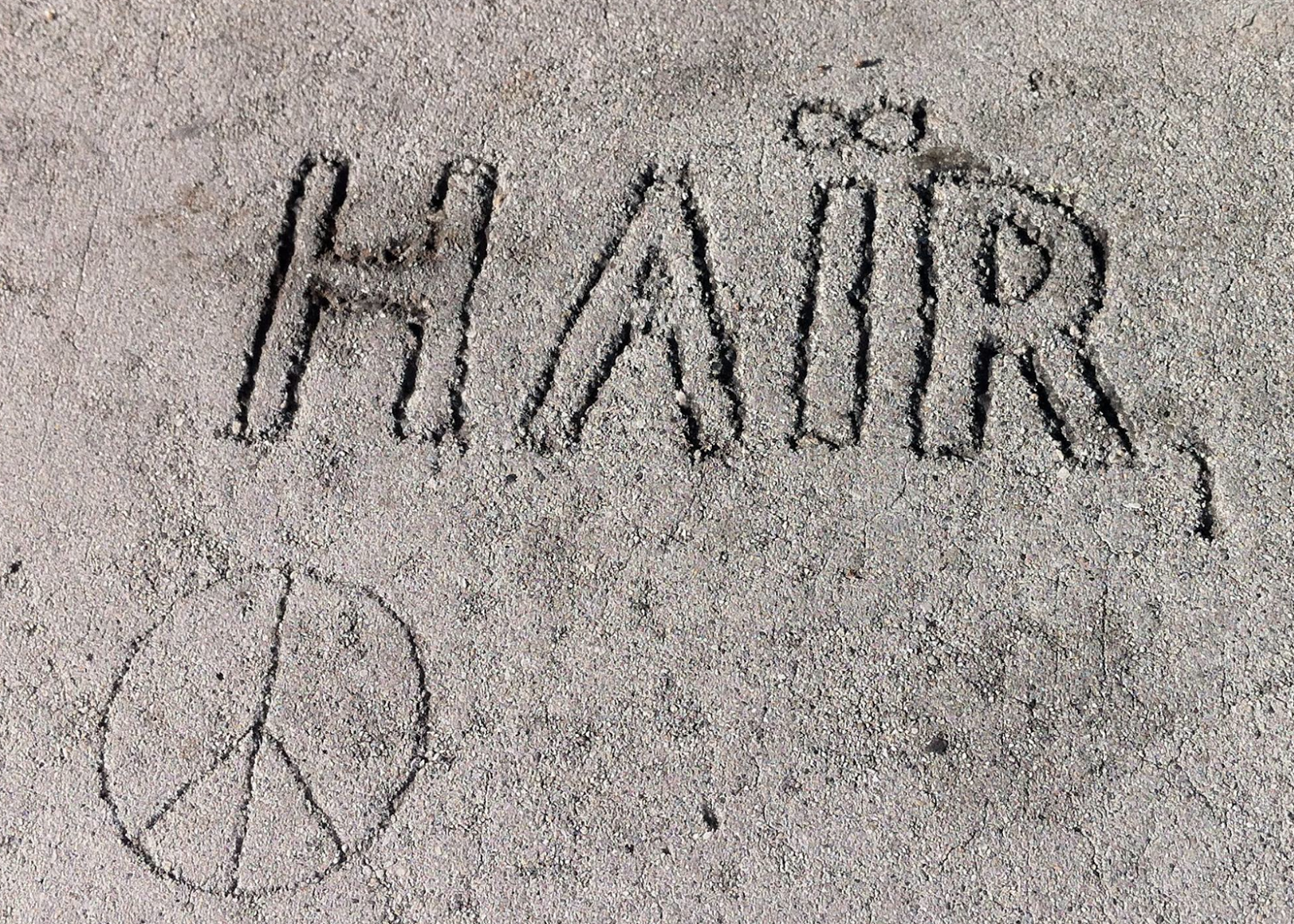 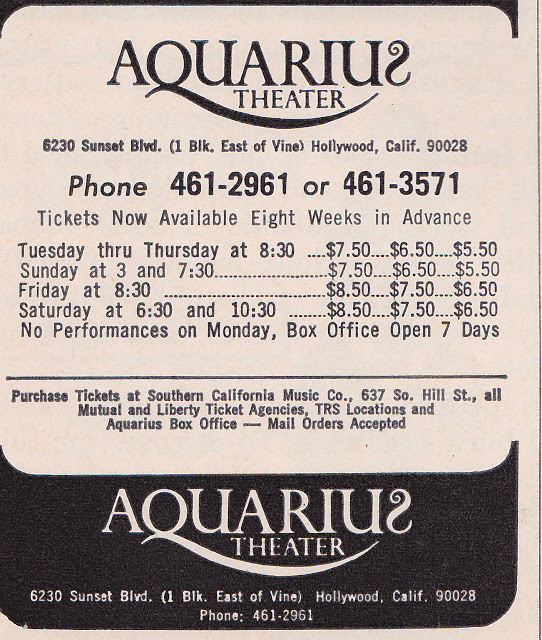 In the mid-’70s, the theater became a go-to location for live concerts taped for TV. Don Kirshner’s Rock Concert filmed there, and so did Star Search for some seasons. The theater was renamed the Chevy Chase Theater in the fall of 1993 and began serving as the venue for Fox’s unsuccessful late-night show The Chevy Chase Show. Nickelodeon acquired the theater in 1997 and still owns it today. 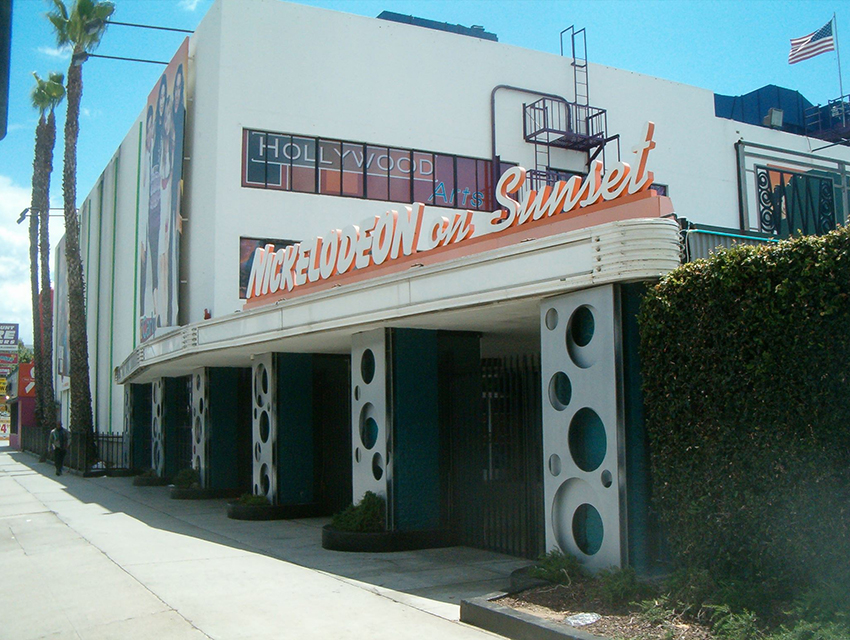 On a recent walk around the building, I poked behind some trees and found the plaque, pictured below, from the Aquarius days that reads, “F.D.C. SERVES AQUARIUS THEATRE.” (F.D.C. stands for Fire Department connection.) I was astonished the marker survived all these years. It reminded me how much of the past is hidden along the streets of Los Angeles; little treasures like this have been left behind for us to discover. 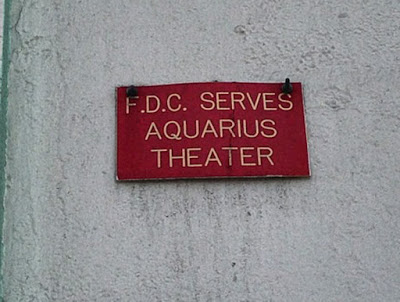 Just saw The Aquarius Theater was recreated for Quentin Tarantino’s movie “Once Upon A Time In Hollywood” in 2018 and still remains this way. 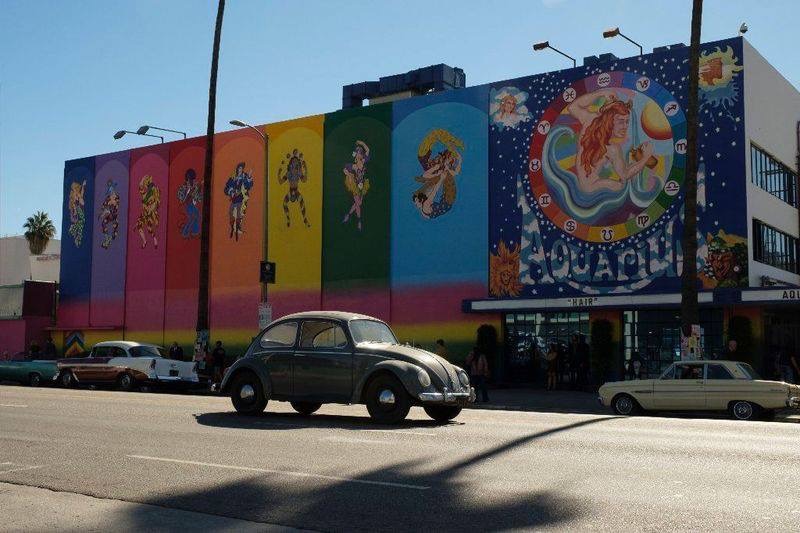