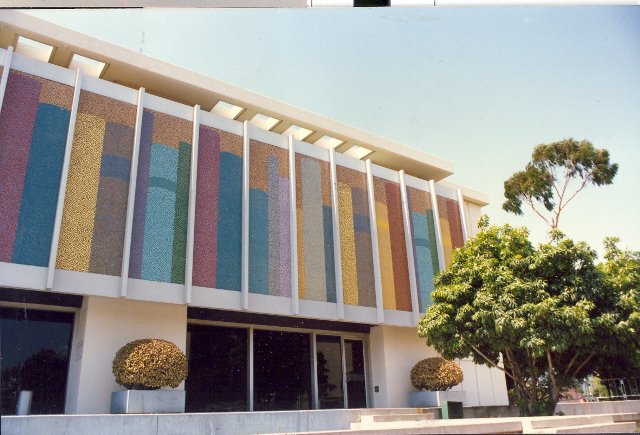 If I could go back in time and return a single L.A. building to its former state, I would pick the old Beverly Hills Public Library. I sat happily with other children on the floor of its screening room, listening to the impeccably tailored Suzanne Pleshette read “Hansel and Gretel” in the late 1970s. A unique light reflected off the library’s colorful glass façade and through its windows, bathing the interior in a magical radiance. My love of reading still reminds me of that glow. 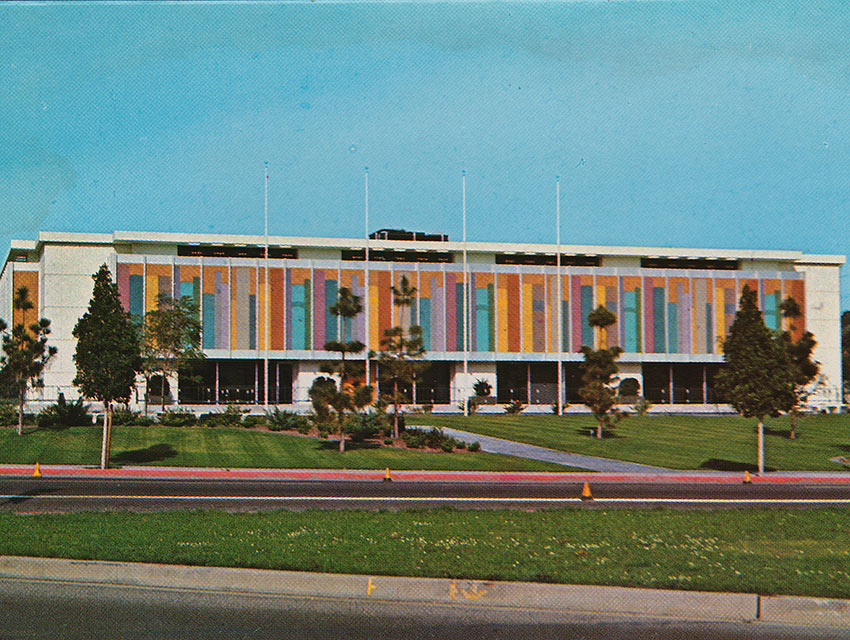 The Beverly Hills Public Library opened on October 10, 1963. It’s designer, Martin Stern, was making his mark as a major Las Vegas architect at the time and working with developer Del Webb, who built the Flamingo Hotel for Bugsy Siegel and Billy Wilkerson. Stern had work lined up in L.A., too—the same year he worked on the library he designed space age coffee shops for the chain Ships, which helped define L.A.’s drive-in culture, and he was busy creating the midcentury homes that gave neighborhoods like Trousdale and Encino their unique looks. According to Vintage Los Angeles member Phil Savenick, the library was commissioned at least in part thanks to filmmaker David O. Selznick’s assistant, Marcella Rabwin. She thought children deserved a better place to read and discover books than the temporary quarters that had been set up in a wing of Beverly Hills’ City Hall. 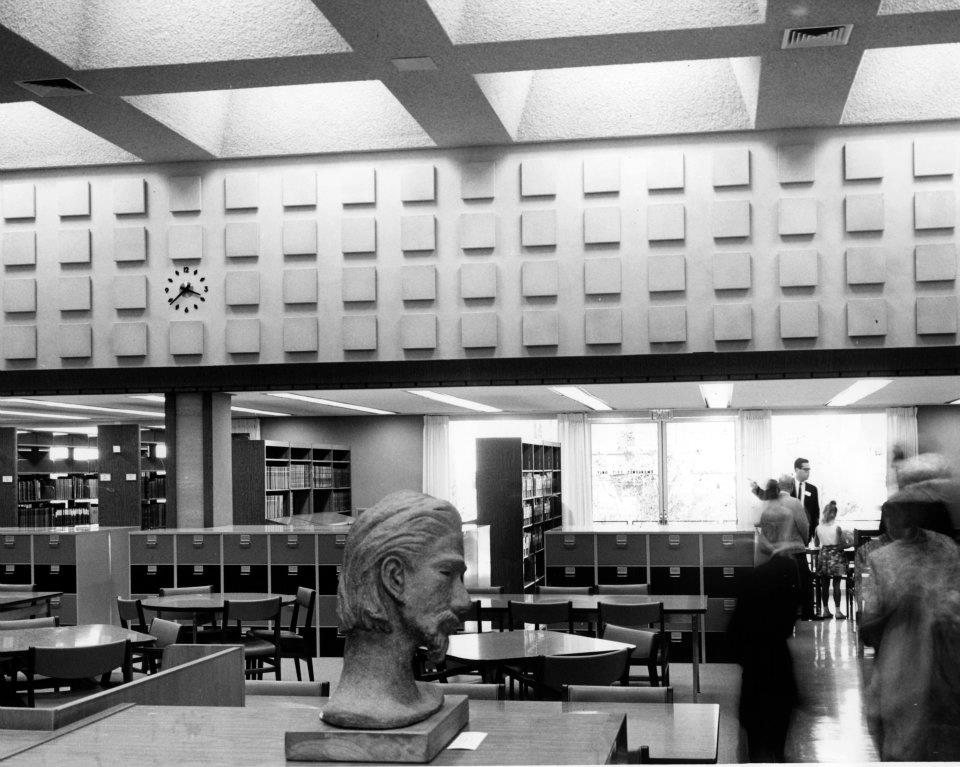 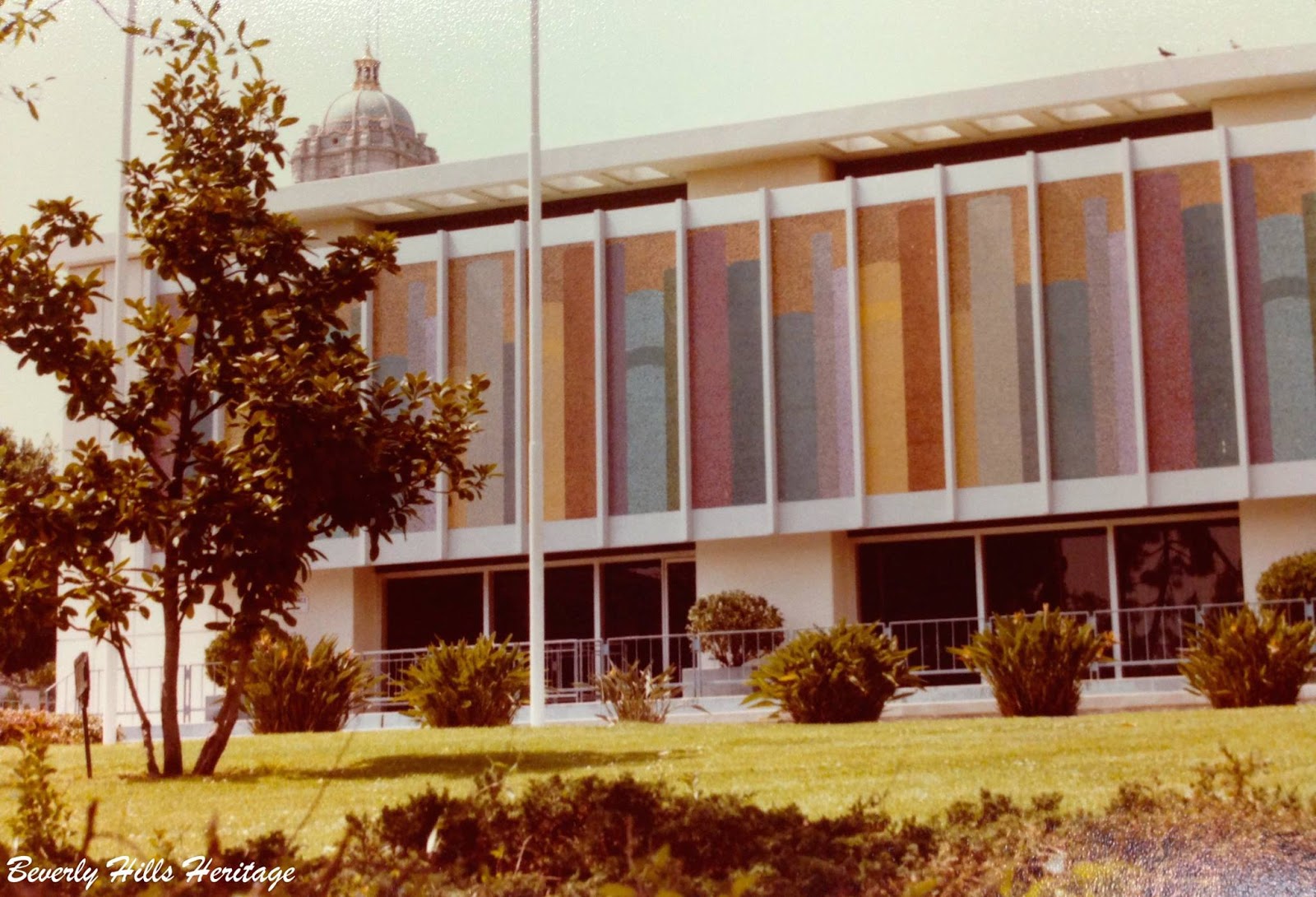 I think the library was Stern’s best work. It was on Rexford Drive, the street where I grew up, and a child’s dream during the ’60s and ’70s. The library had a state-of-the-art screening room with a step down reading area. Every month a guest speaker from a popular TV show or motion picture came to read to toddlers. It was an “only in Hollywood” kind of affair—and in this case, only in Beverly Hills. The library also had a vast collection of music titles on LP. When I first learned to drive and parking meters cost only a few nickels, I checked out the latest records on Saturday mornings.
The library’s design was as special as its programming. Mosaic tiles reminiscent of the murals built in 1961 to dress up the tunnels at Los Angeles International Airport wrapped around the structure, mimicking a row of colorful book spines made of glass. The structure itself sat far back on the property, leaving room for a massive green lawn with modernist fountains. 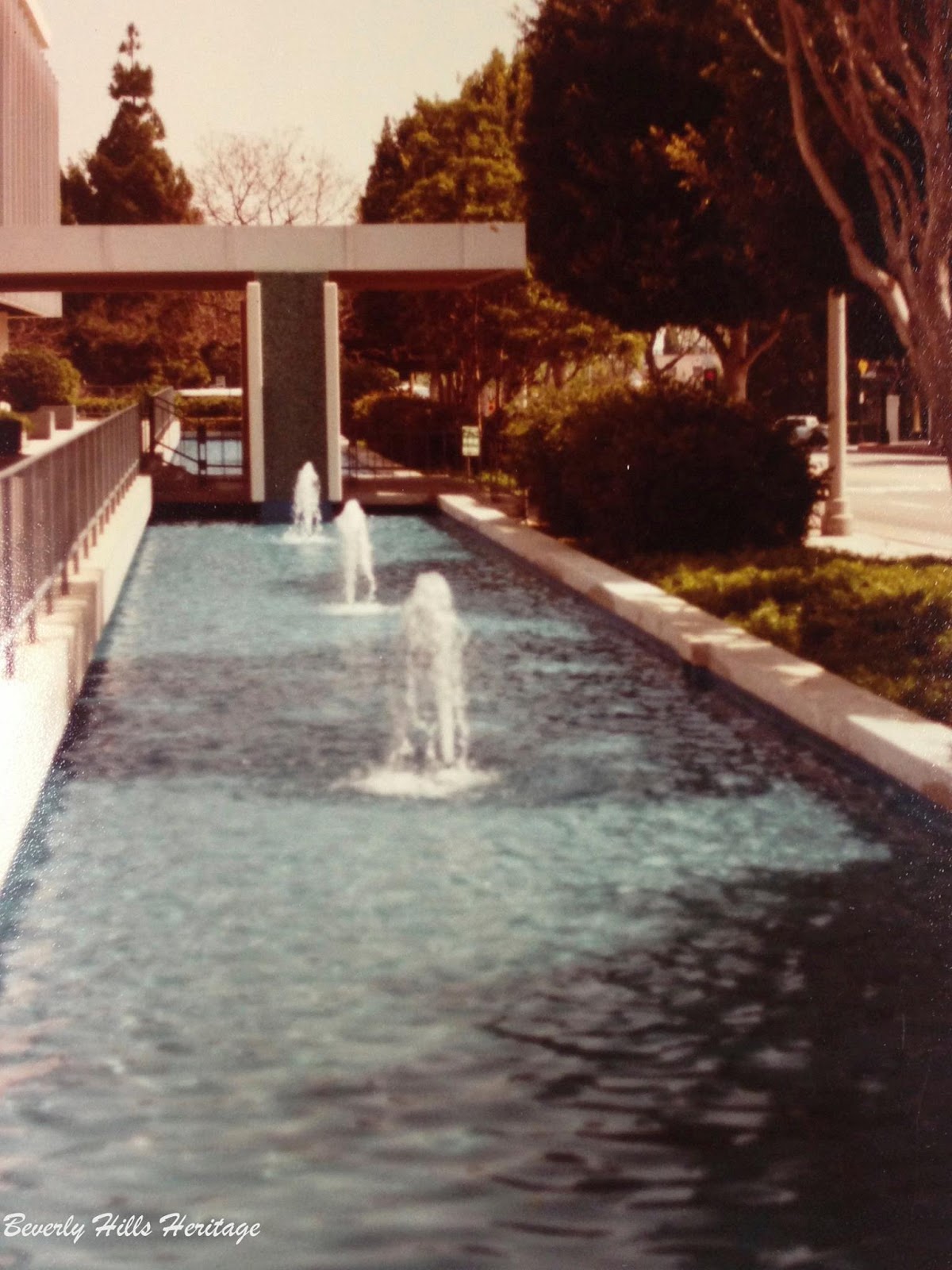 If anyone were ever to create a West Coast version of Mad Men, the library would have been a perfect stand-in for a 1960s office building. In fact its exterior appears as Mike Brady’s architecture firm in stock shots from The Brady Bunch. 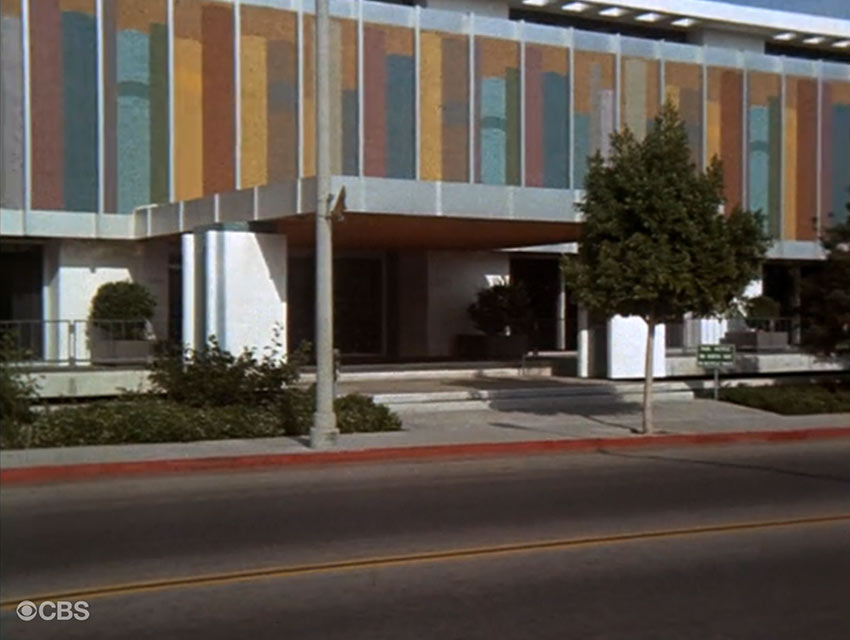 Sadly, the city extensively renovated the treasure in the late ’80s to build a bigger library. Rumor has it some of the original structure remains beneath the new building’s facade. The library that opened on September 11, 1990 looks completely different. It’s in the Spanish revival/Art Deco style, and it’s missing windows for natural light, magical or not. 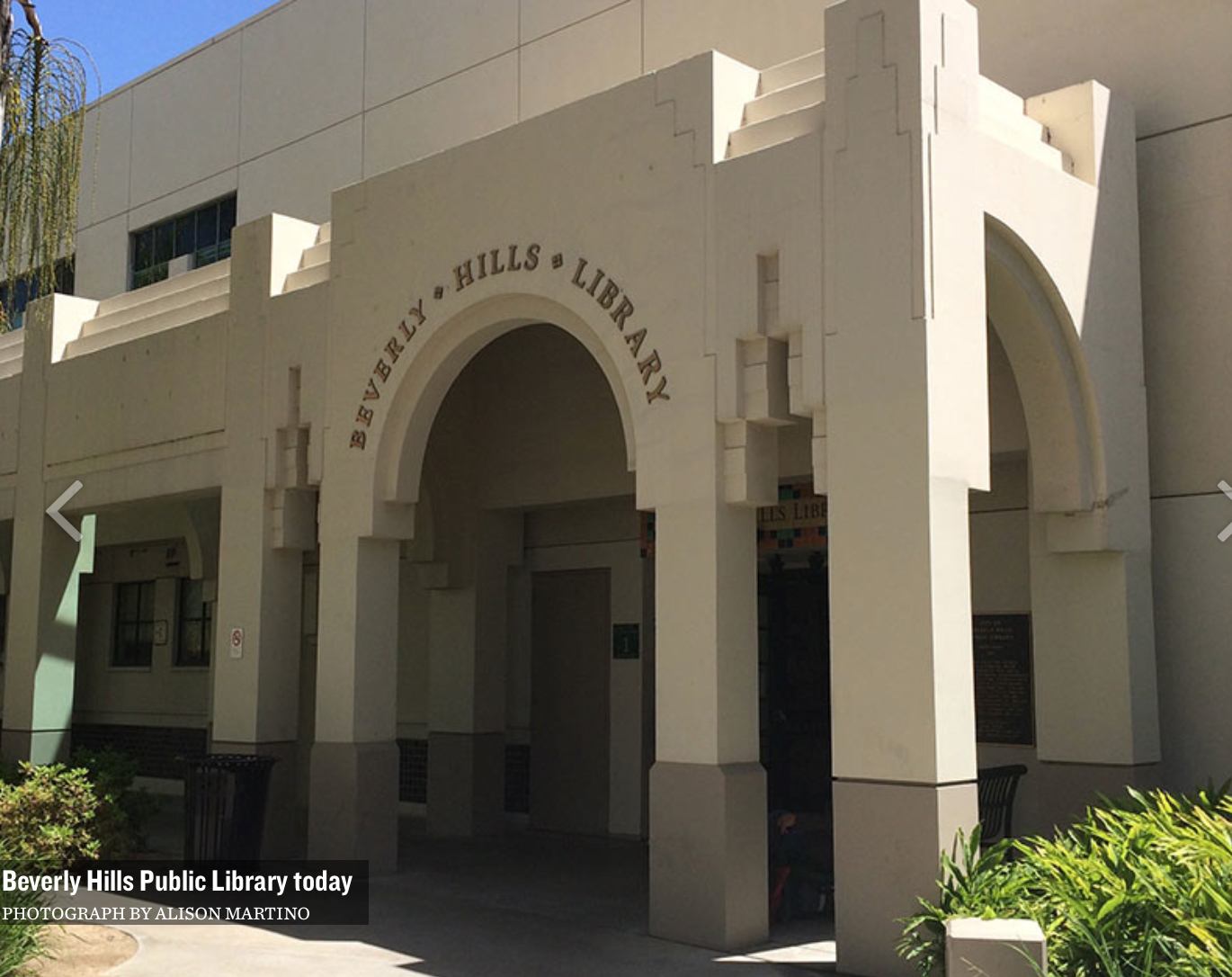 I often wonder about L.A.’s attitude toward history. Despite so many of our buildings being immortalized on screen, retro architecture is getting harder and harder to find in real life. Los Angeles isn’t alone in that regard. The Riviera in Las Vegas, one of the last Martin Stern-designed hotels from the Rat Pack era, will be coming down in 2015. As Frank Sinatra would say, “That’s life.” 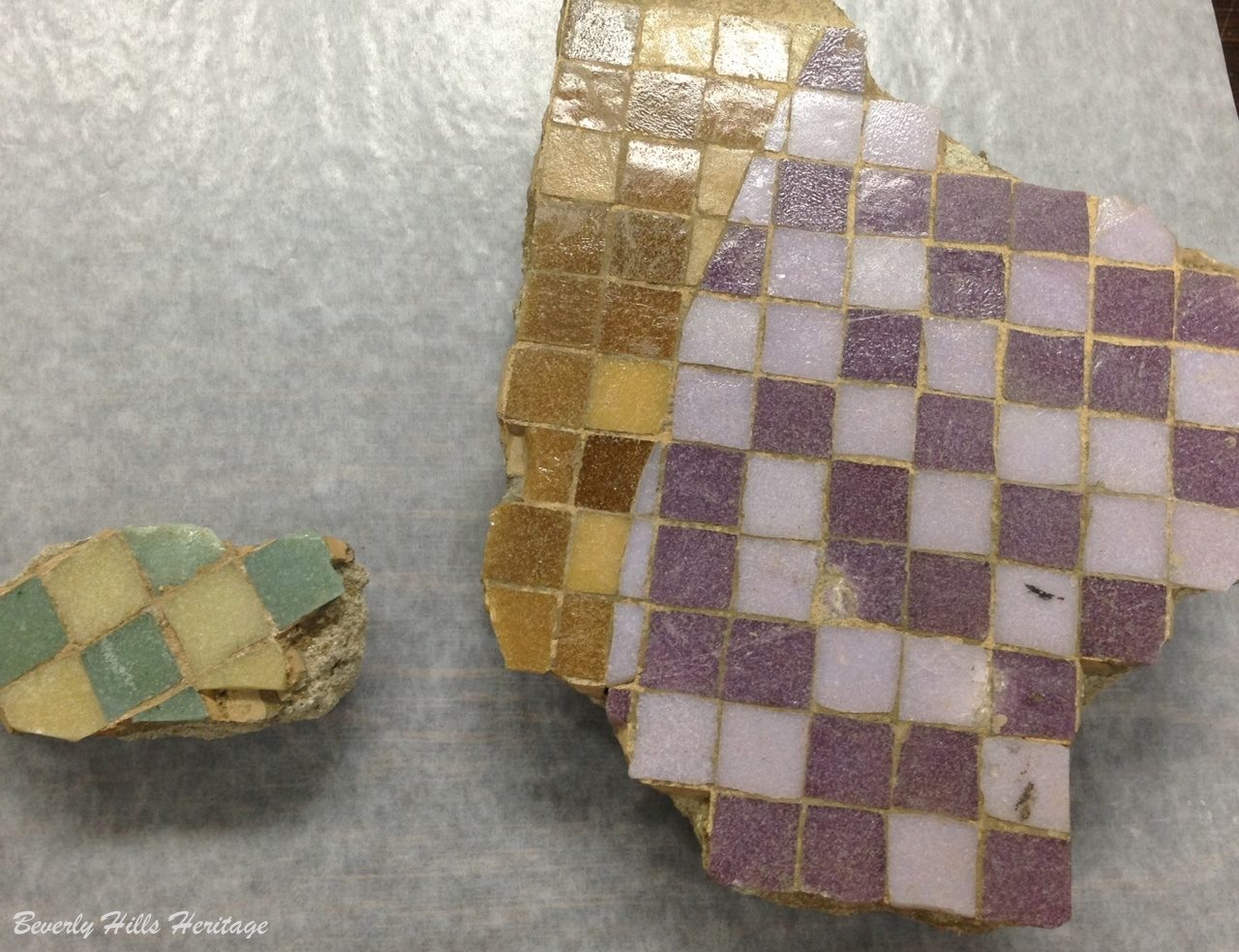