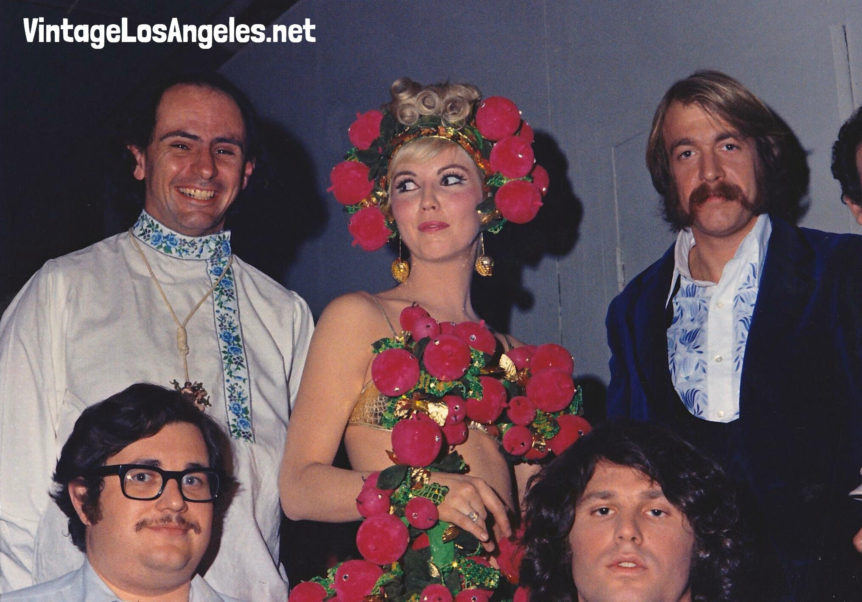 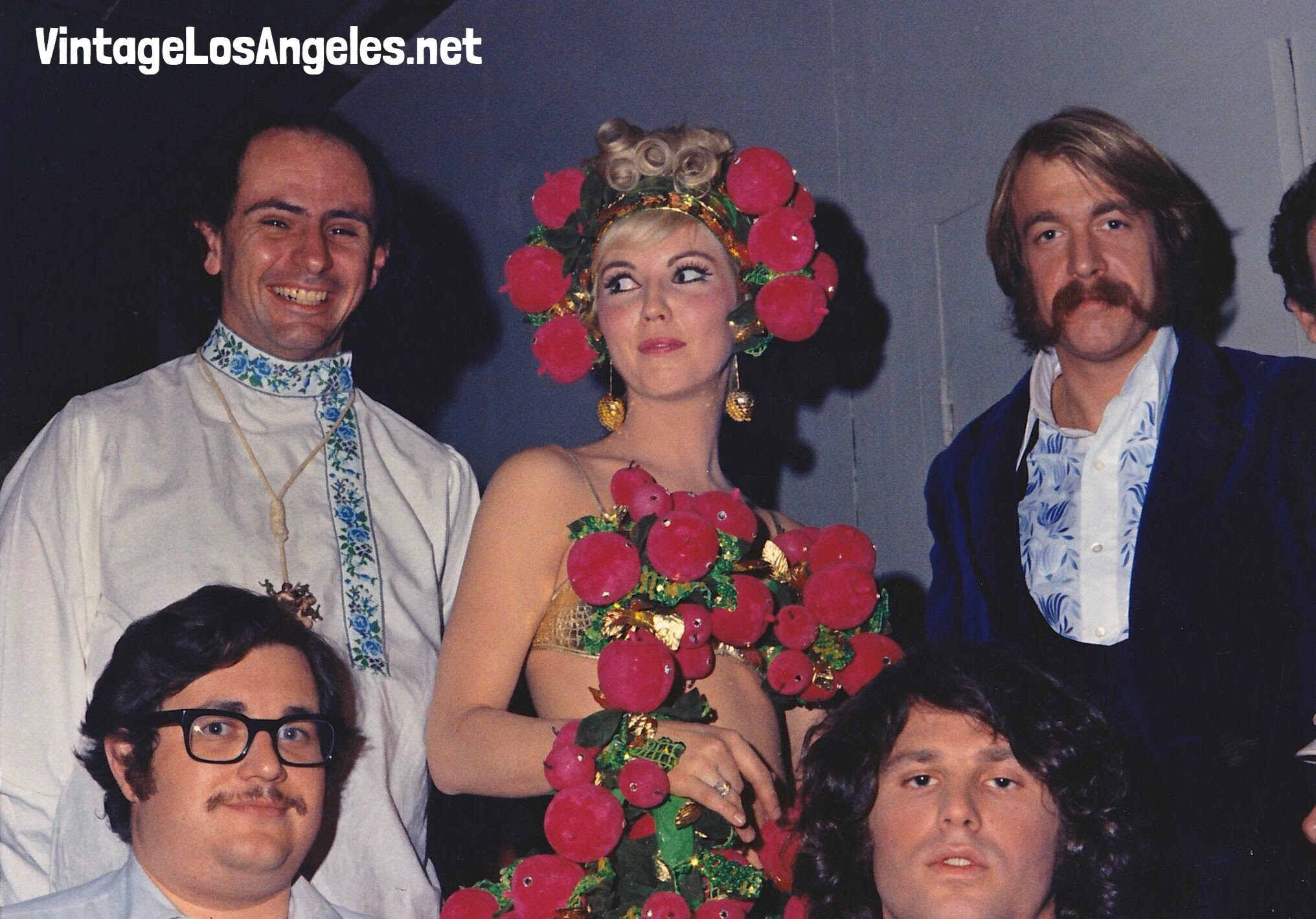 This super rare shot was taken at CBS Television City after a taping of the “Smothers Brothers Comedy Hour” on December 5th, 1968. In this photo are Jim Morrison, Howard Hesseman, (who went on to star as Dr. Johnny Fever in WKRP in Cincinnati) and writer Carl Gottlieb. Carl was one of the main writers on the Smothers Bros., and he went on to write brilliant screenplays for JAWS and THE JERK (and he played Iron Balls McGinty! ) The guy in the the groovy Russian Cossack shirt is Alan Myerson, who was heading up the improv/satire group, “The Committee”. Howard & Carl were also members of The Committee. Luckily, I’ve been able to give a copy of this to everyone that’s still with us in this photo (although still trying to locate the woman pictured). I attained this gem from local L.A. photographer Jasper Daily several years ago while going through files of slides in the garage of his Cheviot Hills home. He was one of the only photographers allowed backstage at the time. This shot was taken right after The Doors performed “Touch Me”. I’ll bet this is the only time you’ll ever see Mr. Mojo Risin’ hanging with Johnny Fever! Outta site!