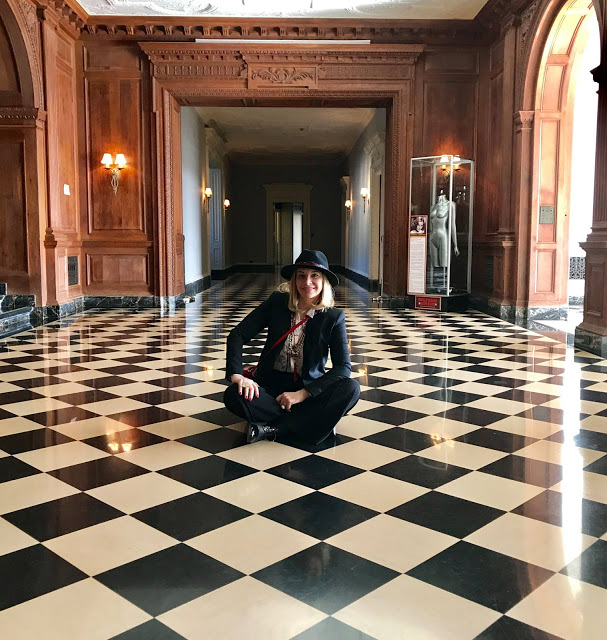 I couldn’t think of a better place to set me loose!

Greystone Manor is a hidden gem tucked away above Sunset Blvd in Beverly Hills. The mansion, built in 1927 is only open during special programs such as Music in the Mansion and Friends of Greystone events, although the outside grounds are open daily for visitors to enjoy! 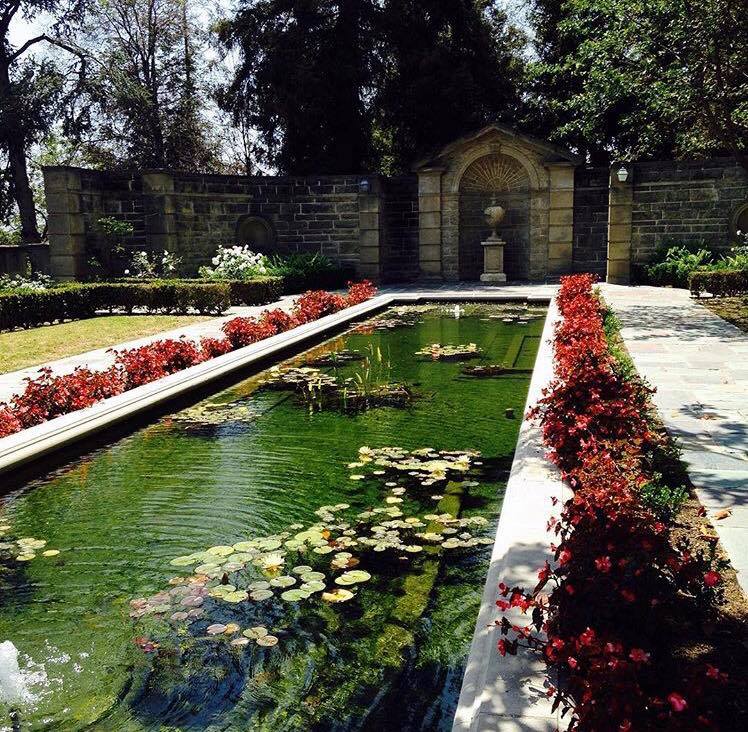 Greystone Mansion, and the surrounding grounds with which it shares its magnificent beauty, are rich in California history. Edward Laurence Doheny, who bought the land in the 1910s, was born in 1856 in the small Midwestern town of Fond du Lac, Wisconsin. In 1892, Doheny and his friend Charles A. Canfield, were the first to strike oil in Los Angeles. They later discovered large oil deposits in Mexico which, combined with their Los Angeles holdings, made them the largest producers of oil in the world at that time. Edward Doheny and his wife Carrie Louella Wilkins had two children. Their first, a daughter Eileen, passed away when she was just seven years old. On November 6, 1893, their only son, Edward “Ned” Laurence Doheny, Jr., was born and grew up as heir to one of the world’s great financial empires. Ned went on to marry Lucy Smith of Pasadena and in 1926 Edward Laurence Doheny Sr. gave his son a premium parcel of land consisting of 12.58 acres with sweeping citywide views.

Construction of the palatial manor, by architect Gordon Kaufmann, began February 15, 1927 and although Ned, his wife Lucy, and their five children moved into the residence in September 1928, the estate took three years to complete at a cost of over $3 million, an almost unimaginable sum in real estate at the time. The original cost to construct Greystone’s entire estate was $3,166,578.12, the mansion alone cost $1,238,378.76. The extraordinary result became known as Greystone for its abundant use of stone construction and its rather somber gray appearance. In addition to the mansion, originally located on the grounds were stables and kennels, tennis courts, a fire station, gatehouse, swimming pool and pavilion, a greenhouse, a lake, babbling brooks and cascading waterfalls. 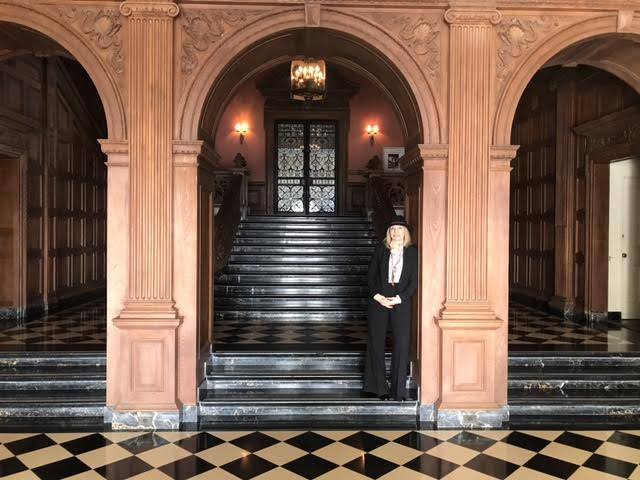 On the night of February 16, 1929, only five months after the family had moved in, Ned Doheny was found shot to death inside the home, at the age of 35 and the victim of an apparent murder-suicide perpetrated by his longtime personal friend and aid Hugh Plunkett. Lucy continued living at Greystone until 1955, after which she and her second husband Leigh M. Battson sold the majority of the original land to the Paul Trousdale Corporation, developers of Beverly Hills’ prestigious “Trousdale Estate” homes.

The following year Lucy and her husband sold for approximately $1.5 million the remaining 18.3 acre parcel, including Greystone Mansion, to Henry Crown of Chicago-based Park Grey Corporation. Mr. Crown, however, never formally occupied the site but instead leased it out as a popular filming location, a legacy Greystone still maintains today. The City of Beverly Hills purchased the property from Mr. Crown in 1965 for approximately $1.3 million with plans to install a 19-million gallon water tank on the property as its hilltop site provided tremendous natural water pressure. This site continues to serve as the City of Beverly Hills’ largest reservoir.

On September 16, 1971, the entire 18.3 acre site, including its centerpiece Greystone Mansion, was formally dedicated as a public park by the City of Beverly Hills. Five years later, on April 23, 1976, Greystone was listed in the National Register of Historic Places. 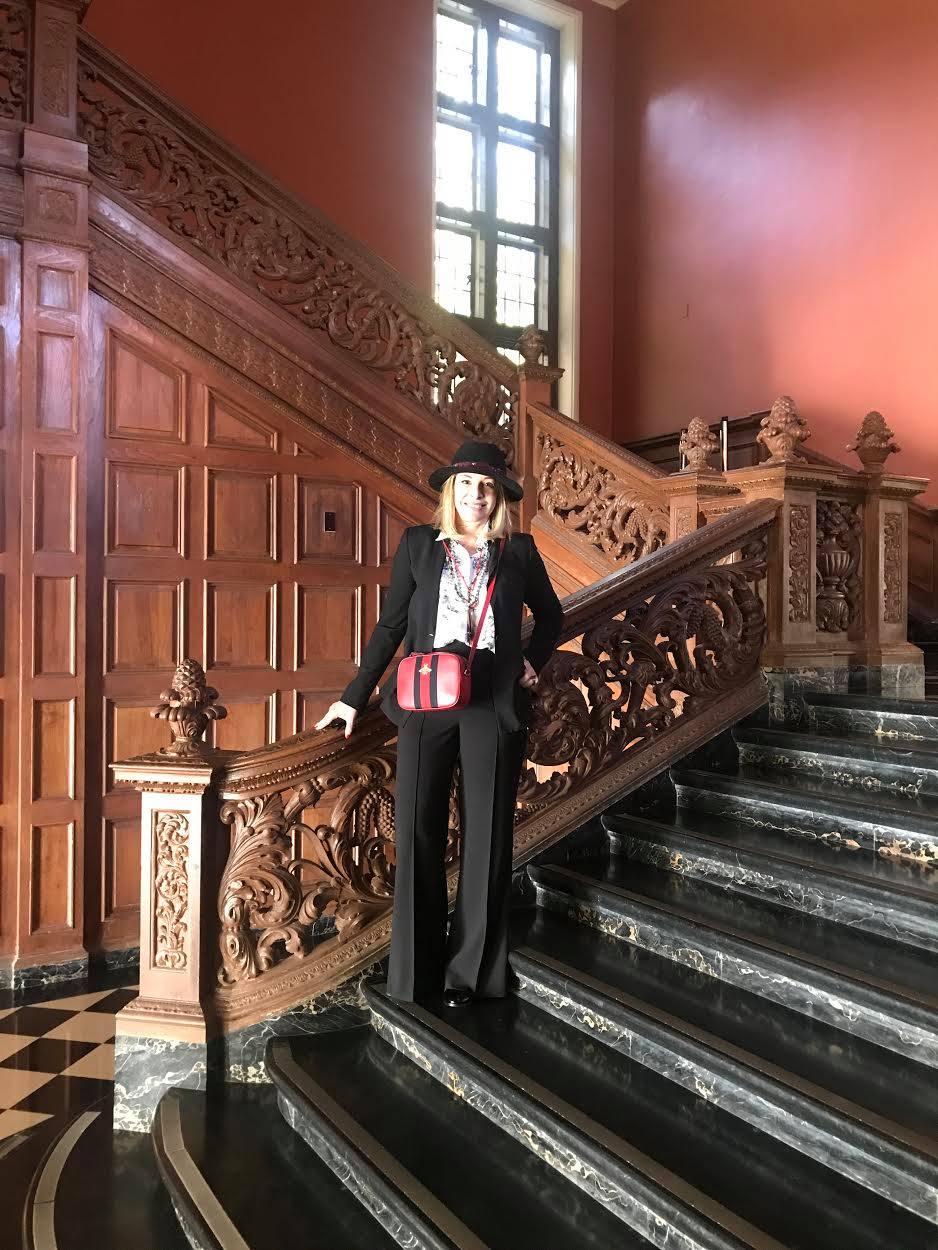 In 2013 Greystone was designated Beverly Hills Local Historic Landmark No. 4. There is so much movie history here. AFI occupied the Manor during the 1970s and 1980s. The first movie to ever screen there during that time was David Lynch’s ERASERHEAD. John Cassavette use to edit above the garage. Many Major motion pictures have been shot here over the years. Some of them include: Hush, Hush Sweet Charlotte, The Disorderly Orderly, Dead Ringer, The Loved One, Phantom Of the Paradise, Stripes, Ghostbusters, All Of Me, the Witches Of Eastwick, The Fabulous Baker Boys, The Marrying Man, Death Becomes Her, The Bodyguard, Indecent Proposal, Nixon, Batman and Robin, X- Men, Spider-Man, Charlie’s Angels, The Prestige, There Will Be Blood, and the Social Network. In fact, There Will Be Blood was loosely based on the Doheny Family. 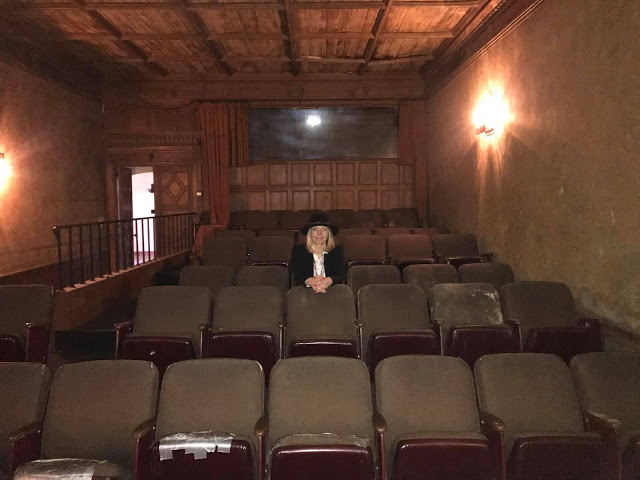 Movie theatre. This was heavily used during the time AFI occupied the manor. The first movie to screen here was David Lynch’s ERASERHEAD 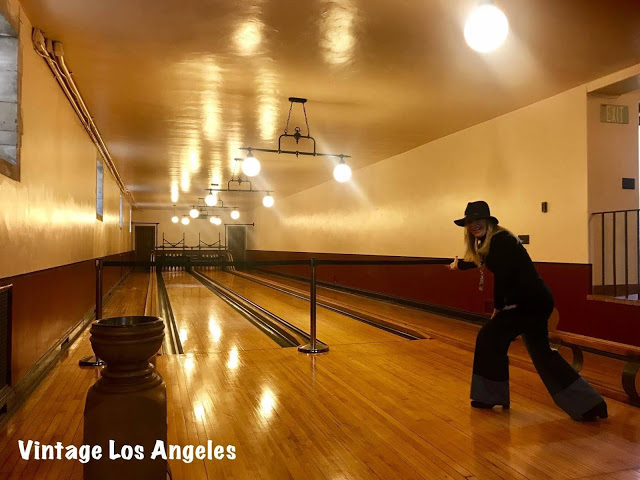 The Famous bowling alley used in “There Will Be Blood”

Growing up in Los Angeles and being a fanatic of historic properties, I must say spending a few hours with the Friends of Greystone was one of the biggest highlights for me. I can’t thank them enough for taking the time, along with their lovely park rangers, to show VLA around. My eyes were a poppin’! I’m so honored to share today’s adventure with you. Big thanks to Gay Parrish, John Huybrecht and Kathy Melamed! 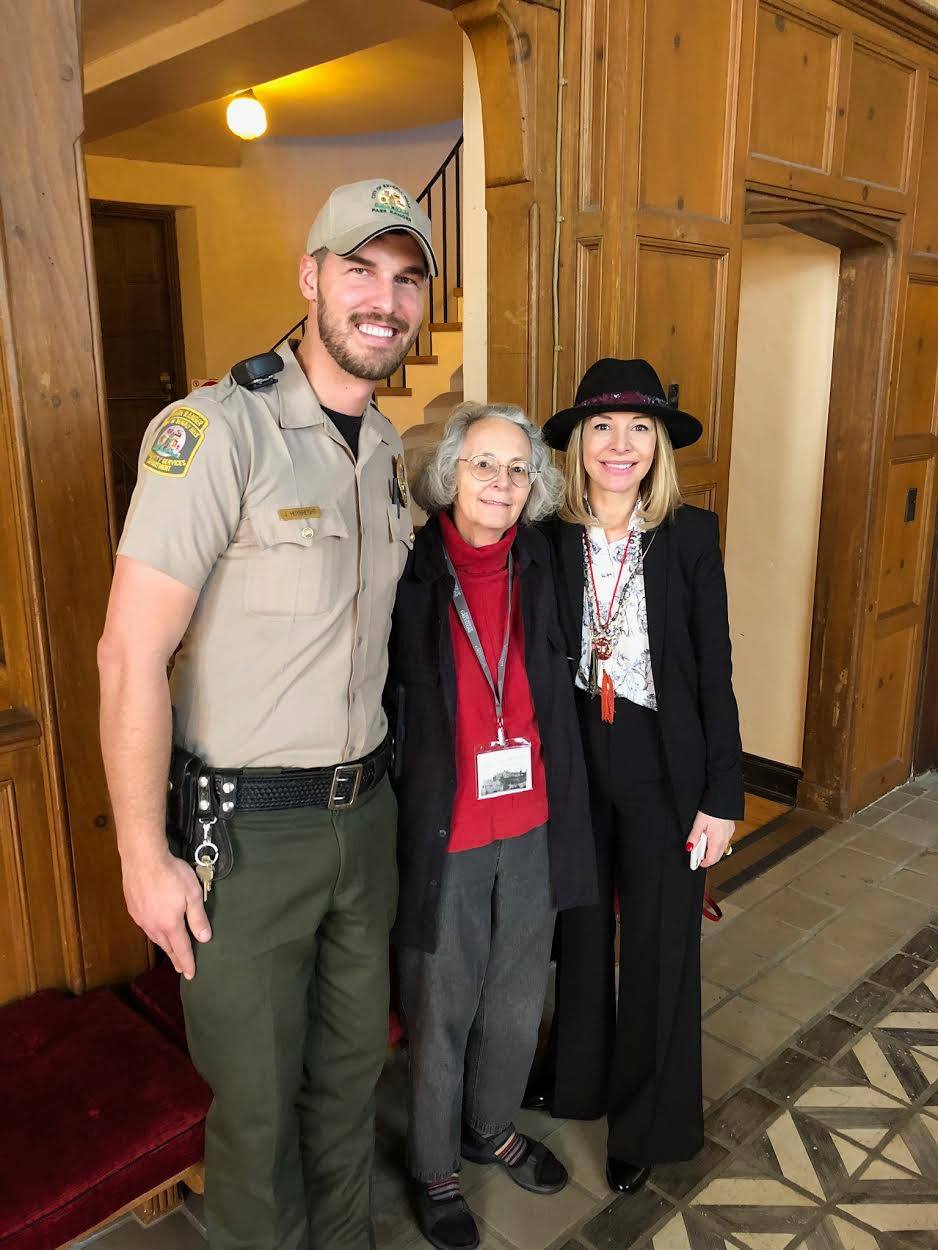 Have to give a shout out to park ranger (and newest friend) @gattacaboy and Greystone Manor, docent Gay Parrish for the private tour of this spectacular property today. As many times as I’ve been on these historic grounds, I never learned as much as I did today about its history. They also made it FUN! They both have such terrific senses of humor and dispositions. Plus they know everything about Greystone Mansion. Spending the afternoon with them made me feel extremely lucky that I can visit places in my home town that I’m still fascinated by after all these years. Los Angeles history is endless.

For even further information about how to visit Greystone, please visit our “friends of Greystone! The annual Concours d’Elegance at Greystone is a must-do. visit www.GreystoneMansion.org