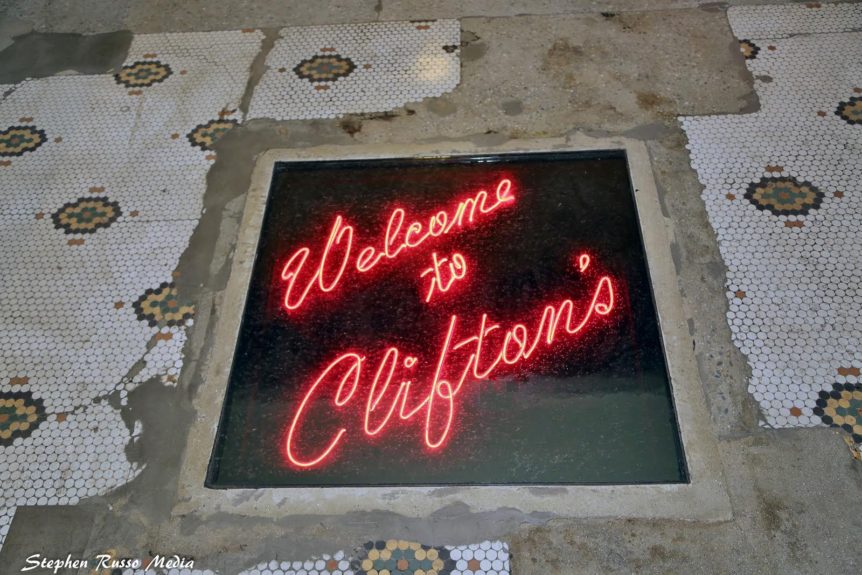 With Clifton’s Cafeteria’s grand re-opening, Alison shares her memories of going to Clifton’s as a child. 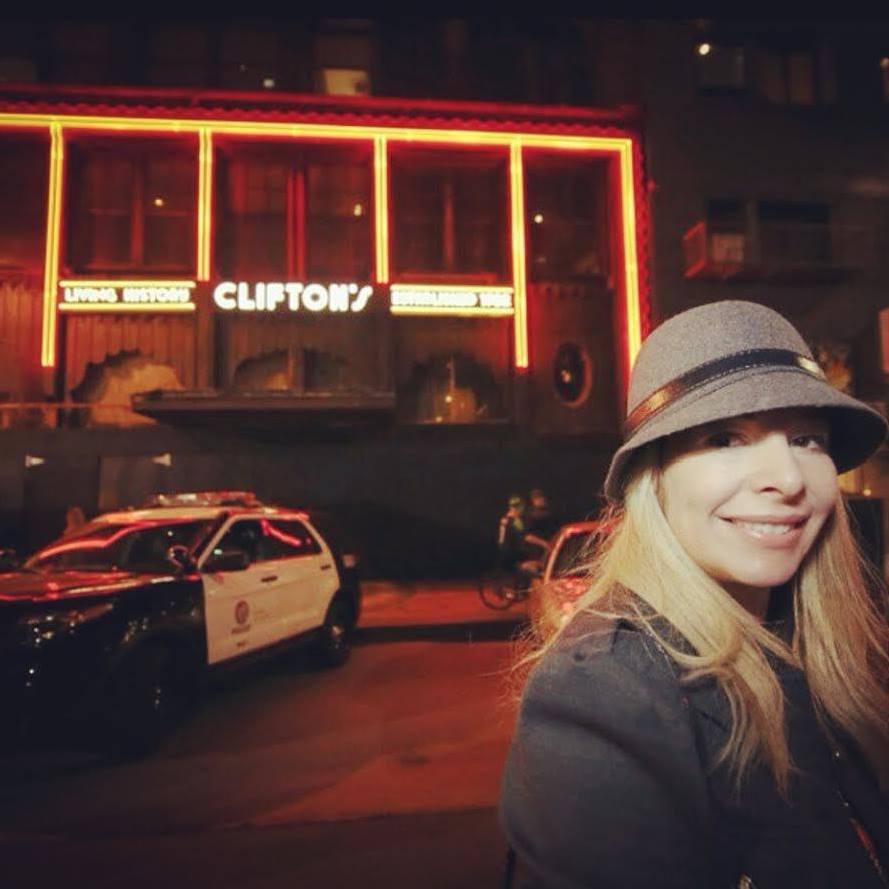 For generations of Angeleno’s, Clifton’s was the heart of downtown Los Angeles. The first time I walked through its doors, as a six year old whose sole encounters with the area had been trips to Olvera Street, I thought I had entered Disneyland. The forest motif and kitschy redwood inspired dining room immersed me in a magical wold of faux mountains and wildlife, I thought Tarzan was going to swing down at any moment. In the cafeteria, unlike anything I had encountered at school, you took your tray into a dark room that featured a waterfall. 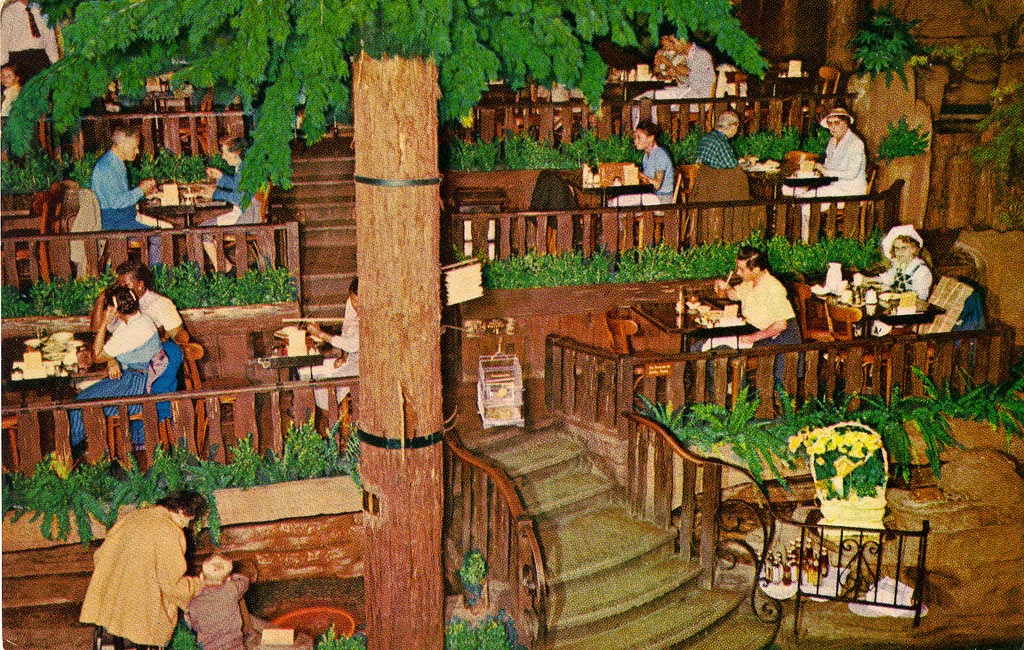 My mother and I were regulars on Sunday’s, when the kids’ beef patty plate with mashed potatoes and corn weighed in at less than a dollar. But for me it was all about the lime green Jello cubes and Strawberry Shortcake. To complete the cinematic atmosphere, the scenery came with a soundtrack played by a live organist on special occasions. Every single visit was an adventure. The Terrazzo renditions of oil derricks, City Hall, The Griffith Observatory, and other landmarks in the entry have been completely cleaned up. I’d add to that list Clifton’s itself: a piece of L.A. history rightfully restored for a new generation of Angelenos to enjoy. 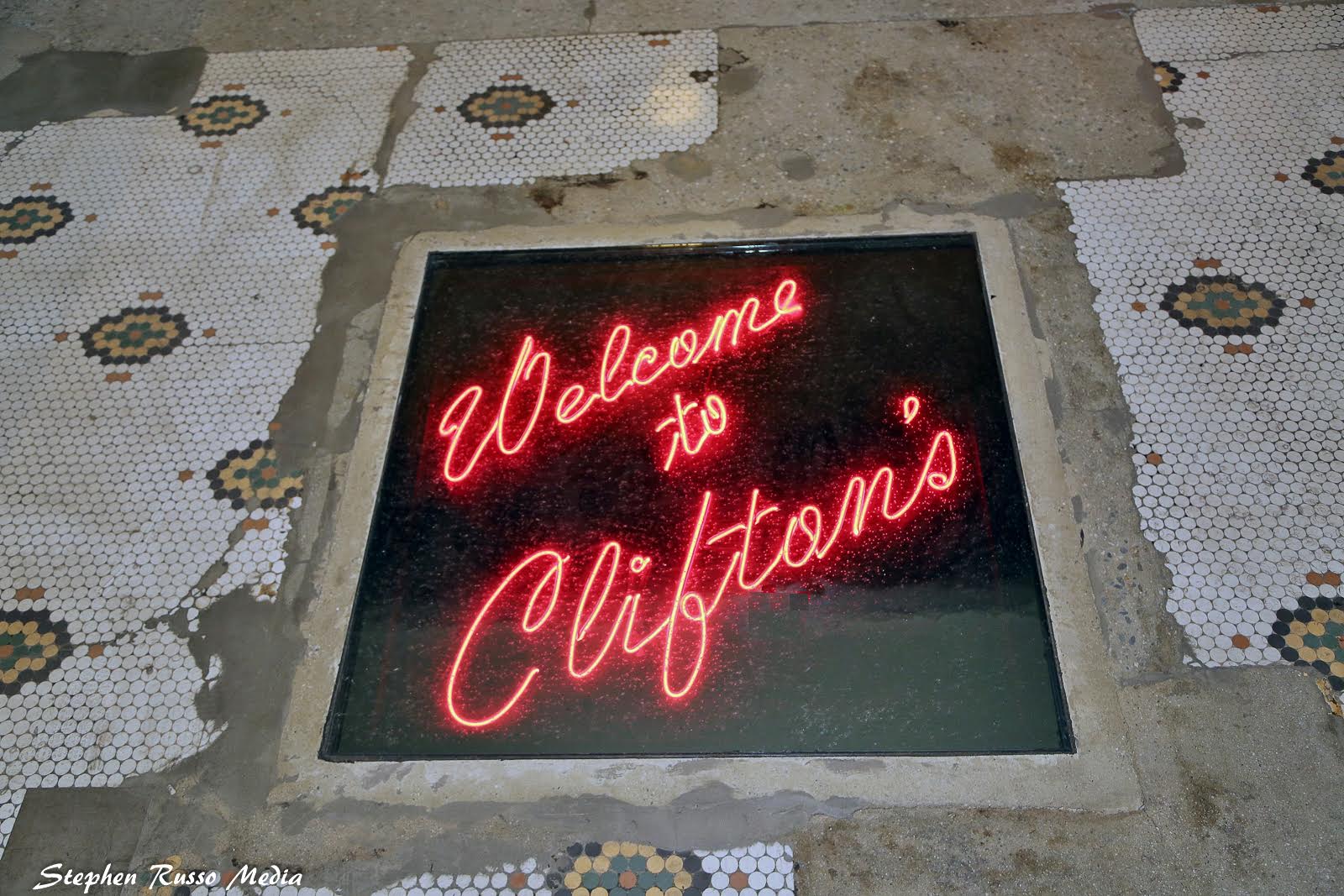 For the past four years, Clifton’s has been closed for renovations, but soon we’ll be eating hard-carved turkey with gravy on Broadway once again! Clifton’s, I’ve been missing you! Welcome home!

A portion of this article was published in Los Angeles Magazine