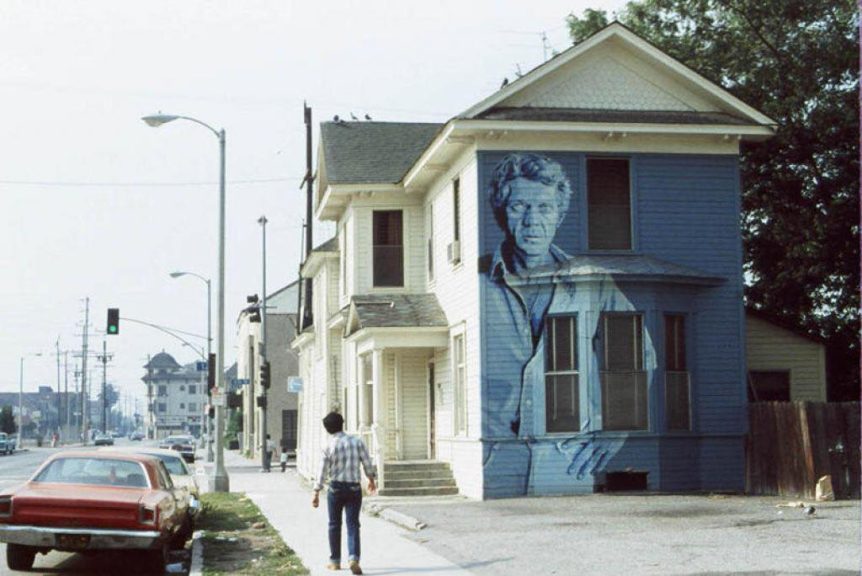 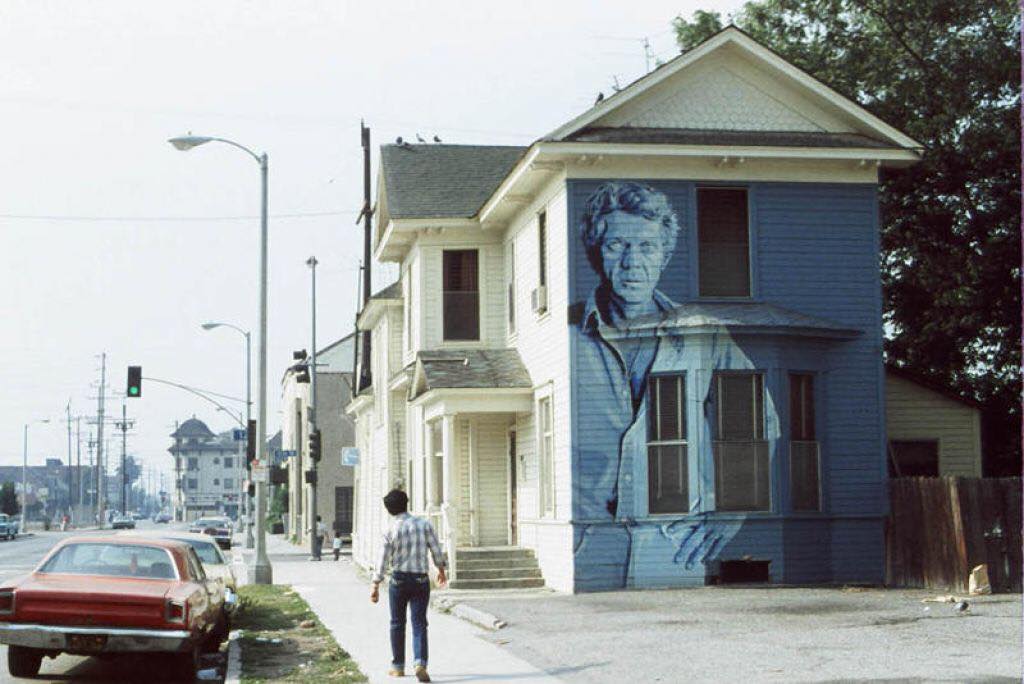 The mural stood as a landmark for nearly 30 years, possibly the oldest extant LA Mural of the movement that influenced similar movements throughout the world. Then it was mysteriously painted over.

Rumor was that a family from a different country had moved into the house. They did not speak English and did not realize its cultural importance to the city. Eight years later graduate Art History major Fernando Cervantes, working on a paper about the art of Kent Twitchell, took it upon himself to go to the house and knock on the door. He discovered that yes, there were language issues but the new owners very much wanted the mural restored. Workers had painted over it by accident. Twitchell decided this was the ideal time to restore his landmark monument, the 30th year after his favorite actor’s death.

It now appears again on the side of an old Victorian-style house at 12th and Union street as it did in 1971. Steve would have turned 88 this weekend. 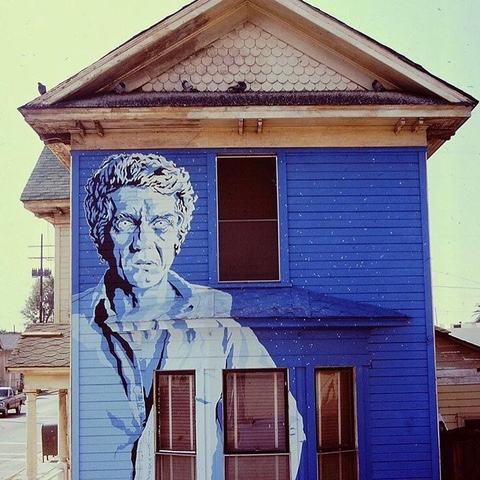 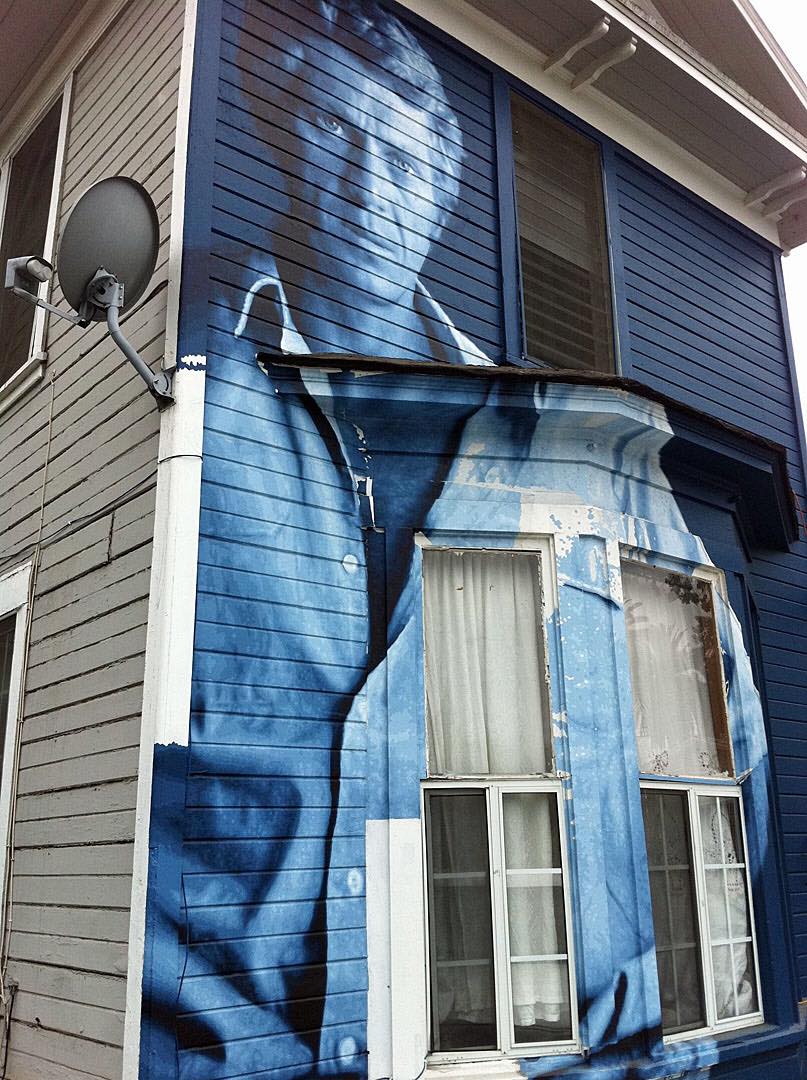 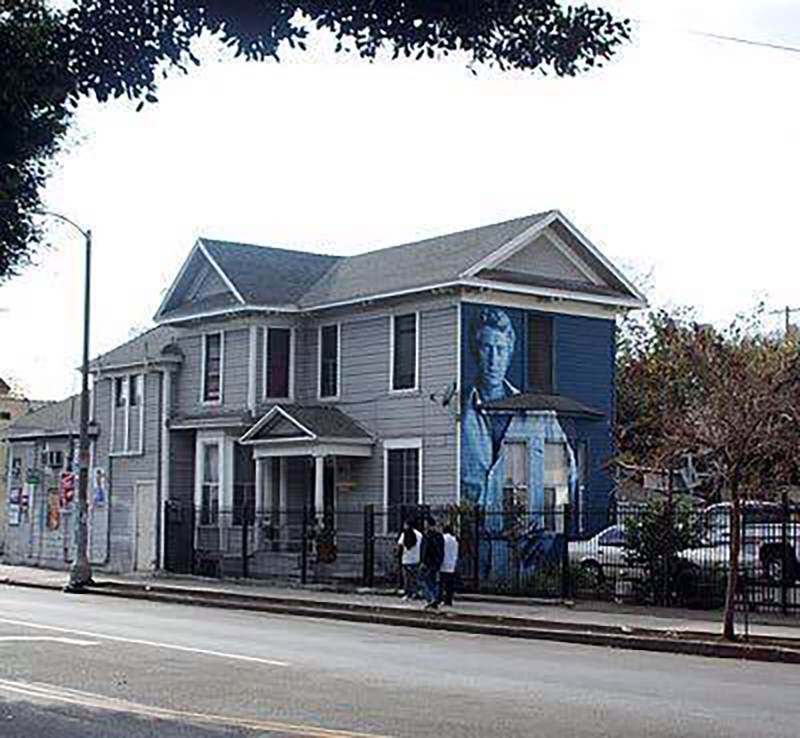